The lawsuits, filed on Sunday in U.S. District Court in St. Louis by 20 black residents, allege that officials in Ferguson and neighboring Jennings have routinely been abusing and exploiting impoverished individuals to boost city revenues 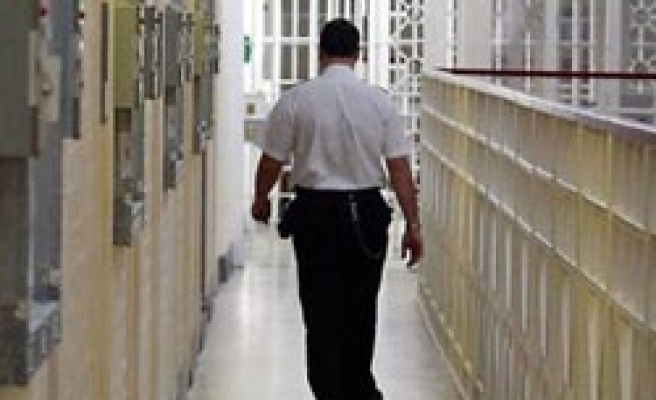 Ferguson, Missouri and a second St. Louis suburb are being accused in separate lawsuits of operating a "debtors' prison scheme," illegally jailing poor people who are unable to pay traffic tickets or fines tied to other minor offenses.

The lawsuits, filed on Sunday in U.S. District Court in St. Louis by 20 black residents, allege that officials in Ferguson and neighboring Jennings have routinely been abusing and exploiting impoverished individuals to boost city revenues. The plaintiffs are seeking class-action status for the cases.

The plaintiffs claim the money they are told they owe is often arbitrarily modified, and the individuals are frequently kept locked in a cycle of jail time and indebtedness to the municipal courts as late fees and surcharges are added to initial fines.

Plaintiffs also claim they were crowded into small jail cells without regular showers, adequate medical care or basic sanitation, and were regularly subjected to verbal abuse and taunting by jailers.

International attention has focused on Ferguson since last year when a white police officer shot dead Michael Brown, an unarmed 18-year-old black man, and was later cleared of any wrongdoing by a grand jury.

The lawsuits accuse both cities of issuing and enforcing invalid arrest warrants and jailing people in "dangerous and inhumane conditions" for long periods when they cannot pay fines.

The allegations are the latest complaints of unfair treatment of poor people and minorities in the St. Louis area by mostly white police forces and government leaders. Both Jennings and Ferguson have largely black populations.

The lawsuit alleges the cities earn millions of dollars from a "modern debtors' prison scheme. Last year, Ferguson issued an average of more than 3.6 arrest warrants per household and almost 2.2 arrest warrants for every adult, mostly in cases involving unpaid debt for tickets, the lawsuit against that town claims.

"Sadly, it took the killing of Mike Brown and protesters holding us all accountable to call enough attention to the issue that St. Louis is considering meaningful reforms," said Thomas Harvey, one of the lawyers for the plaintiffs.

Eleven people are named as plaintiffs in the lawsuit against Ferguson and nine in the Jennings lawsuit. They are seeking monetary damages, a declaration that the cities violated their civil rights and an injunction to stop the practices.

Ferguson city officials issued a statement disputing many of the allegations, including that the city targeted poor people, that it routinely kept people in custody longer than three days, and that its jail was unsanitary. The city said last month it completed renovations and improvements to its jail.

"This lawsuit is disturbing because it contains allegations that are not based on objective facts," Ferguson Mayor James Knowles III said in a statement.

Officials from Jennings did not respond to requests for comment.