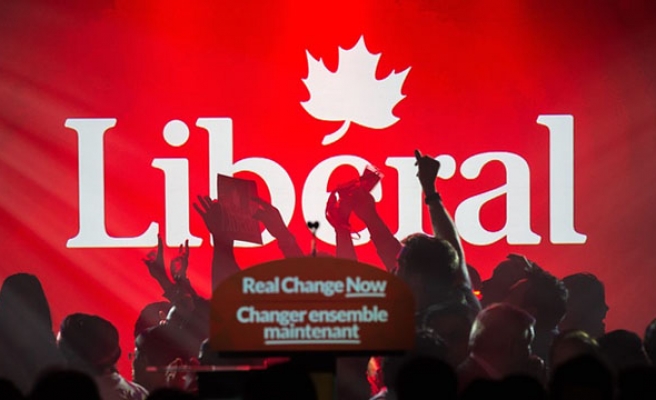 Canada was a sea of red from coast to coast Monday as Justin Trudeau and his Liberals swept into power with a majority government.

It was stunning reversal of the Liberals disastrous defeat in the 2011 federal election, when the party was decimated, reduced to third-party status as the New Democrat Party (NDP) became the official opposition and the Conservatives won a majority.

Trudeau becomes the new prime minister of Canada, while voters put an end to the 10-year tenure of Prime Minister Stephen Harper and the Conservatives.

That was earlier in the evening, but the Liberals had to wait only for another hour of returns to learn they had been ushered in a majority, capturing more than half of the 338 parliamentary seats.

Trudeau, who won in a leadership race following the 2011 Liberal defeat, becomes the second prime minister with that surname.

The night was a disaster for the NDP as the party dropped to third place.

Political pundits postured that Canadians wanted to rid themselves of Harper.

But rather than turn to the NDP, voters picked the Liberals as the party most likely to topple the unpopular prime minister and cast their ballots accordingly.

While the exact number of seats of the 338 up for grabs was not determined by 11 p.m., it was clear from poll results that the Liberals had gained the 170 seats necessary for a majority government.

It was a stunning turnaround – the Liberals took only 34 seats in the 2011 election.

Canadian media reports Harper will step down, citing a press release from the Conservative Party.

In the meantime, it will take 10 days to two weeks before Trudeau and the Liberals take over the reigns of the federal government in Ottawa.