Concepcion Picciotto, who held a vigil outside the White House for decades, has dies 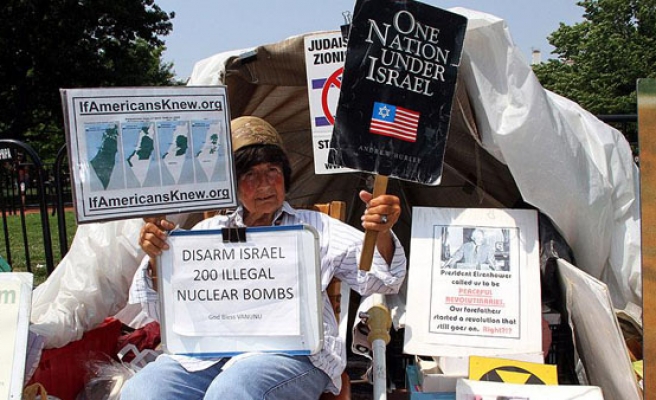 After devoting decades of her life to a cause — demonstrating for peace and against nuclear proliferation — Concepcion Picciotto has died. Persisting through cold and rough weather, she was a fixture outside the White House, where she was often called the president's closest neighbor.

Her protest vigil is considered the longest in U.S. history.

Picciotto, who was also called Connie or Conchita, died Monday, according to the Peace House, the group that organizes the protest installation at the White House. She's believed to have been either in her 70s or early 80s (we're seeing conflicting reports). The cause of death wasn't mentioned, with a message from the Peace House saying, "Connie's health was not well for the past couple of years."

From her outpost in a park on the northern side of the White House complex, Picciotto saw both tourists and presidential administrations come and go. Against a backdrop of hand-painted signs with messages like "Live by the Bomb, Die by the Bomb," she handed out pamphlets and urged people to reject violence.