Islamic Art Now: Contemporary Art of the Middle East is now on display at the Los Angeles County Museum of Art. 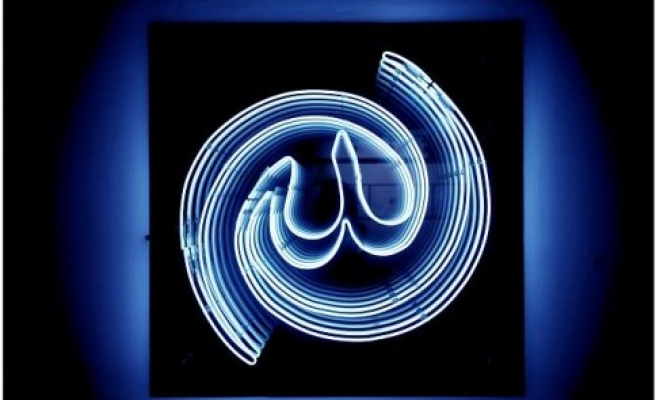 The Los Angeles County Museum Art has launched a new collection at the beginning of February which marks the first major installation of LACMA’s collection of contemporary art of the Middle East.

The LACMA website states that it has only recently begun to acquire such work within the context of its holdings of Islamic art, understanding that the ultimate success and relevance of this collection lies in building creative links between the past, present, and future. The exhibit is a showcase of the past and present and is an effort that reflects the rich history and tradition of the Middle East uising modern mediums to explain social or political commentary.

A news report in the Daily Trojan shows that the neon signs at the entrance set the tone for the them; one of the signs simply reads “Allah” in Arabic, and has mirrors positioned behind to make it reflect endlessly — to portray the infinity of God. The focus on religion is common in traditional Islamic art. The display simultaneously relies on the beauty of traditional Arabic calligraphy and uses modern technology as well as a contemporary medium to ellicit a response.

The exhibit is definitely varied in the mediums used to portray the artists impressions — photography, paintings, digital art, two video clips and even an Iranian tombstone are included. Additionally, the art is made by Muslim, Christian and Jewish artists from the Arab countries and so the  diversity gives the exhibit its necessary sense of depth and complexity, and mirrors how the realities of life differ vastly between Middle Eastern countries.

The artist have showed different aspects of Middle Eastern life. One piece shows an Iranian girl wearing contemporary ’70s-era clothes and superimposed over an early 20th-century carpet. Portraits like this challenge the Western notion of an almost-fetishized Middle Eastern woman as powerless and weak, and show that the women of Iran were at one time very Westernized.

Another piece is from Moroccan artist Hassan Hajjaj’s piece “Gang of Kesh Part 2” which has is a picture that shows five women in conservative Muslim dress - the only difference being that the bold fabrics of polka dots, leopard print, and camouflage. The women are confident and powerful,and seated on motorcycles, quite contrary to the stereotyped meek Middle Eastern woman that media portrays them to be

Some of the art is politically charged. A tombstone from Iran marks the death of a purposefully nameless political dissident; an untitled photo collage by Naghmeh Ghassemlou shows the fragmentation and devastation of the country following the Persian Gulf War.

All in all, the collection shows us the vibrant and diverse culture in the Arab states, and that the region is not notable merely for its artistic history; its artistic present is equally relevant.