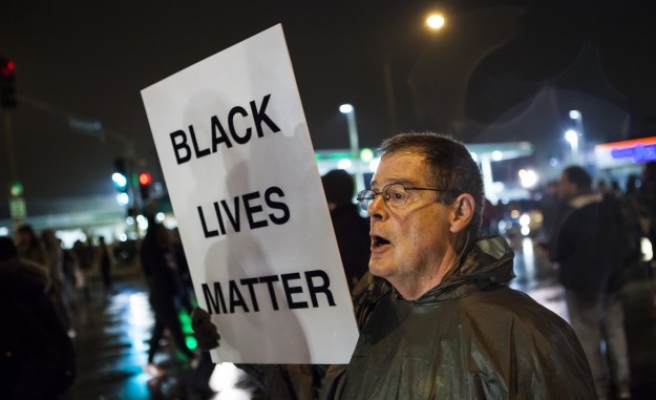 Five-time champion of the National Basketball Association, Kobe Bryant reacted to the decision, and tweeted: "The system enables young black men to be killed behind the mask of law."

His teammate Steve Nash also tweeted: "Disgusted by decision in Ferguson. Racism is learned. Accepted is systematic suffocation of education and opportunity. What are we saying?"

Hundreds of protesters poured into the streets of Ferguson after St. Louis County Prosecuting Attorney Robert McCulloch announced the decision. Looting of some businesses was reported, including a chicken restaurant, a furniture shop and a drug store.

Protests erupted across the U.S. after the Missouri grand jury decision. In New York, more than 1,000 demonstrators who gathered downtown at Union Square before the grand jury’s announcement, marched to upper Manhattan to protest the decision.