Man dies after shooting at Mexican consulate in Texas 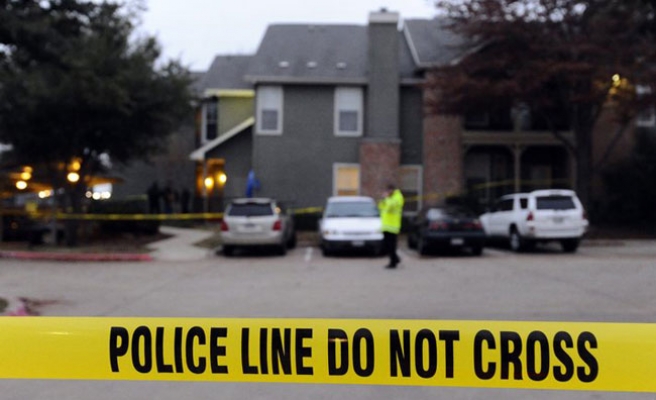 A man apparently upset about U.S. immigration policy was fatally shot early on Friday after firing more than 100 rounds of ammunition at the Mexican consulate, a U.S. federal courthouse and police headquarters in the Texas capital, police said.

The suspect, whose name was not immediately released, was an Austin man in his 50s who had a criminal history, police said.

Police said they were investigating whether he died of a self-inflicted wound or from a shot fired by a mounted officer who was bringing horses into a stable near police headquarters. No one else was injured in the incident, police said.

"The sergeant was right there getting ready to put the horses away for the night," said Austin Police Chief Art Acevedo. "As he held two horses with one hand, he discharged at least one round with a single-handed shot."

The suspect also tried to set fire to the Mexican consulate, police said. In a statement, the Mexican Foreign Ministry expressed its "deep concern and condemnation of the incident."

Acevedo said the targets indicated the attack may have been over U.S. immigration policy.

"When you look at the national debate right now about immigration, that ... comes to mind. Sometimes our political discourse becomes very heated and sometimes very angry," Acevedo told reporters.

President Barack Obama this month imposed the most sweeping U.S. immigration changes in a generation, easing the threat of deportation for some 4.7 million illegal immigrants.

Police said they received a call at 2:22 a.m. about shots being fired in downtown Austin. The three buildings were hit in a shooting spree that lasted a few minutes.

No bombs were found on the suspect or in his vehicle, Acevedo told CNN. Police said they also were examining the man's home in north Austin.