Man sets himself on fire on the National Mal

A man went up in flames in the middle of the National Mall on Friday. 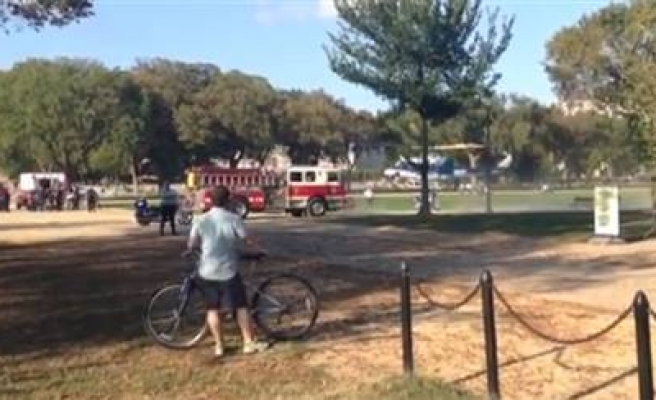 A man who apparently set himself on fire at Washington's National Mall on Friday was rushed to a local hospital, officials said.

Police responded to an emergency call about the fire near the Mall's famed museums in the afternoon, police spokesman Hugh Carew said.

He did not know how the man caught on fire, but a federal official told Reuters that investigators had received reports suggesting he set himself on fire.

Police found a red fuel container near where the incident happened.

Carew said the man was conscious and breathing when he was taken to the hospital.