A panel of U.S. judges heard arguments from lawyers on how piles of oil spill-related lawsuits against BP Plc should be merged. 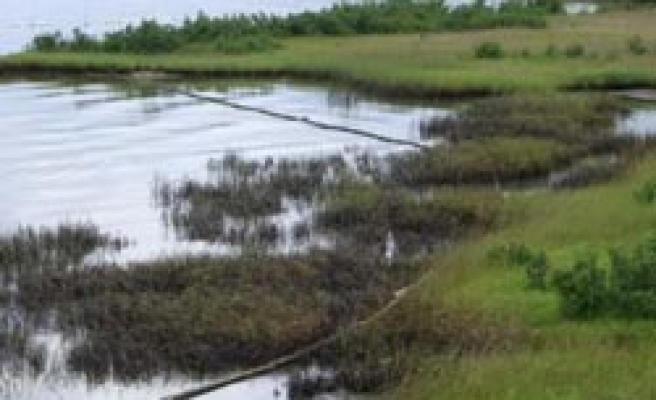 More than 2,000 miles (3,200 km) from the Gulf of Mexico shoreline, a panel of U.S. judges heard arguments from lawyers on Thursday on how piles of oil spill-related lawsuits against BP Plc should be merged.

The panel, meeting in Boise, Idaho, as part of its regularly scheduled rotation among federal courts, did not immediately rule on how it would handle the mounting civil litigation brought against BP and other defendants involved in the worst offshore oil disaster in U.S. history.

A decision is expected within several weeks.

At stake is whether civil lawsuits from injured rig workers, fishermen, property owners, investors and others will be combined in Houston, where BP has its U.S. headquarters and wants the cases heard, or New Orleans, the preferred venue for many plaintiffs -- or elsewhere. Some lawyers argue the litigation is too massive for any one court to handle.

The environmental havoc wreaked by the oil rig explosion that killed 11 workers could take years to reverse. A temporary cap has halted the gusher a mile below the sea's surface while crews try to plug the well for good next week, but the massive spill has wrecked the Gulf's fishing and tourism industries.

BP could start its "static kill" plan to pump mud into the Macondo well -- the first in a two-step process to choke it off with mud and cement -- by this weekend, ahead of the scheduled start time on Monday, the top U.S. official dealing with the spill said on Thursday.

"There's a chance that that schedule can be accelerated," retired Coast Guard Admiral Thad Allen told reporters in New Orleans.

He also said the U.S. government is laying the groundwork to shift its massive oil spill clean-up operation from acute disaster management to long-term recovery, and that the clean-up could take years.

Millions of gallons of oil leaked into the ocean over nearly three months -- until the well was capped two weeks ago.

But clean-up boats have found it increasingly hard to find oil on the surface and officials say much has dispersed or evaporated, although hundreds of miles of coastline are polluted with orange or black deposits.

The disaster has posed a huge challenge for U.S. President Barack Obama, whose administration has tried to halt deep-sea oil drilling until the causes of the BP spill are clear.

A U.S. court overturned a six-month moratorium imposed after the spill but the government is seeking a new one.

Potentially adding its name to the line of claimants, Royal Dutch Shell Plc idled seven rigs and took a $56 million charge related to the drilling ban on Thursday. Saying the ban would reduce its production by almost 3 million barrels this year, the company did not rule out reclaiming the cash from BP.

Shell, one of the biggest oil producers in the Gulf of Mexico, said it had idled rigs rather than move them elsewhere because the ban's six-month duration meant it was not profitable to redeploy them to other areas.

BP, which has created a $20 billion fund to compensate companies and individuals affected by the spill, declined comment on compensating Shell. Executives at the London-based group believe it is not liable for damages resulting from the ban.

At the packed Boise federal courthouse, attorneys were given a few minutes each to make their case to the seven-judge panel during the hour-and-a-half-long hearing.

Plaintiffs' attorney Russ Herman of Louisiana pressed for lawsuits pending in various federal courts to be moved to New Orleans. He said the spill has devastated the city, which is still climbing back after the 2005 Hurricane Katrina.

"Our culture rises as a gumbo of Cajuns, Creole, French, German and Spanish," he said. "All of that is threatened now. This disaster threatens our hope and faith. That's why New Orleans is the best avenue of justice."

The U.S. Justice Department also requested that the lawsuits be handled by a New Orleans federal court.

"The U.S. is not a party at present in the cases against corporate defendants, but we think we will be," Justice Department representative Steven Flynn told the panel. He said New Orleans "would provide the best access to all litigants."

Whichever court, or courts, end up overseeing the cases could grapple with them for years. The panel, formally known as the U.S. Judicial Panel on Multidistrict Litigation, will decide whether the cases belong under the umbrella of one court, or potentially several.

BP asked that the cases be combined in Houston, the U.S. oil capital, as did an attorney for Cameron International Corp, manufacturer of the blowout preventer on the Deepwater Horizon drilling rig that exploded on April 20.

BP pushed ahead with plans to sell assets in Vietnam, Colombia and Venezuela, as it scrambles to hive off $30 billion of assets to pay for the cleanup.

Bankers said many of the most likely bidders are already part owners of the assets BP wants to sell, and this could help speed up the sales.

Incoming Chief Executive Bob Dudley said on Wednesday BP would stay involved with the cleanup long after the well was finally plugged, which he said could happen next week.

Although the flow of oil has been stopped, experts say the clean-up operation will take months. The major oil slicks appear to have dispersed and experts are analyzing the extent of pollution in the sea.

Environmentalists have said it could be years before some Gulf beaches are declared free of toxic pollutants.

Shares of BP -- which has lost about 40 percent of its market value since the blast -- closed 2 percent higher in New York on Thursday. Its London shares closed up 2.7 percent.