McCain blocks Obama's pick as No.2 diplomat over Iraq policy

Republican Sen. John McCain told reporters that he has placed a hold on Blinken’s nomination, saying he is “totally unqualified” to hold the post. 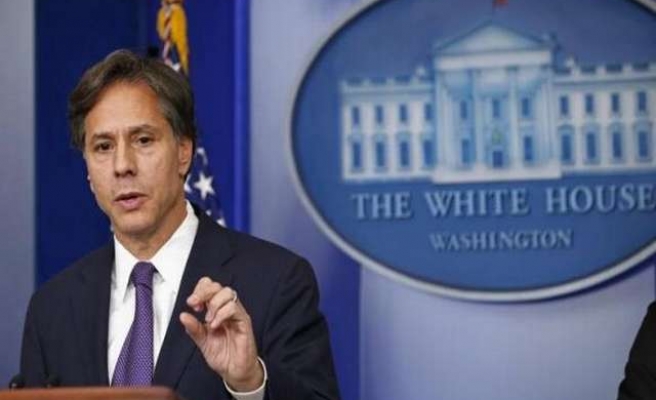 U.S. Senator John McCain said on Thursday he is blocking President Barack Obama's nomination of Anthony Blinken as the country's number two diplomat, citing sharp disagreement with the nominee's past statements on Iraq.

"He's totally unqualified," the Republican senator told Reuters, when asked why he was holding up Blinken's nomination to be deputy Secretary of State.

"He's the guy who said we're leaving behind the richest, safest Iraq in history. Look it up," McCain said, referring to Blinken's reassuring comments two years ago about the decision to withdraw all U.S. troops from Iraq.

McCain, a frequent critic of Obama's foreign policy, has repeatedly voiced strong opposition to the decision to end the campaign in Iraq, where U.S. forces are currently battling the militant fighters of the ISIL.

The Senate Foreign Relations Committee was to have voted on Blinken's nomination on Thursday, amid heated debate in Congress over the campaign against the group in Iraq and Syria.

McCain's action puts off that vote until next week, at the soonest. If the committee approves Blinken, as expected if the vote is able to go ahead, the full Senate must still vote to confirm him before he can take office as Secretary of State John Kerry's understudy.

The White House on Thursday defended President Barack Obama’s nominee for the number two spot at the State Department.

“The fact of the matter is that Mr. Blinken is somebody who has a distinguished record of service and decades of foreign policy experience,” White House press secretary Josh Earnst said in reference to Tony Blinken.

"This is somebody who knows the world, who’s got ample experience representing the United States of America, and has done so with distinction," Earnest said.