Shawn Moran, vice president of the National Border Patrol Council, which represents some 17,000 border agents, said the shots were fired at a Border Patrol vehicle. 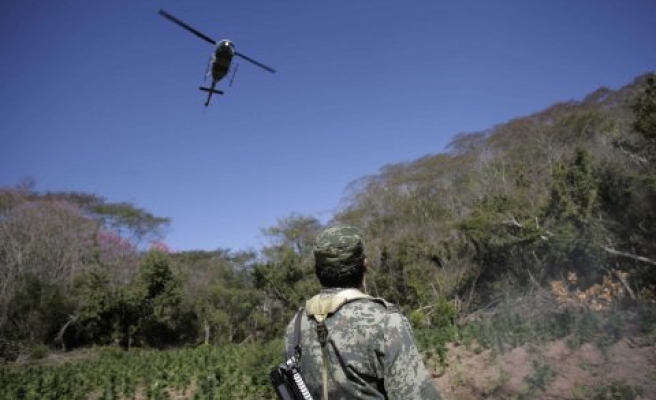 U.S. authorities are investigating after two shots were fired from a Mexican law enforcement helicopter when it crossed the border into Arizona, although no injuries or damage to U.S. property were reported, the U.S. Border Patrol said on Friday.

The U.S. Customs and Border Protection said in a statement the incident took place early on Thursday at the Tohono O'odham Indian Nation reservation in southern Arizona.

A spokesman for Mexico's federal prosecutor said the incident had "apparently involved an army helicopter" but declined to elaborate. Mexican army officials could not immediately be reached for comment.

Shawn Moran, vice president of the National Border Patrol Council, which represents some 17,000 border agents, said the shots were fired at a Border Patrol vehicle.

Early information indicated that the Mexican military forces had been conducting an operation south of the border at the time, he said.

"One of the helicopters apparently crossed the line and fired on a marked border patrol vehicle," Moran said. "They missed all the agents."

He said he did not know how many U.S. agents were involved.

"It is my understanding that they (the Mexican military) went back across the border and contacted the U.S. and apologized for the incident," he said.

The U.S. southern border has often been the scene of law enforcement operations to counter drug trafficking gangs and illegal immigrant smugglers.

U.S. Representative Duncan Hunter, a California Republican, said last week the Department of Homeland Security told him there had been 300 documented incursions into the United States by Mexican military and law enforcement authorities since 2004.

Of the 300 incidents, Hunter's office said, 152 of them had involved armed subjects.