Michelle Obama will travel to three cities in China to meet her counterpart Peng Liyuan this month, her daughters and mother in tow 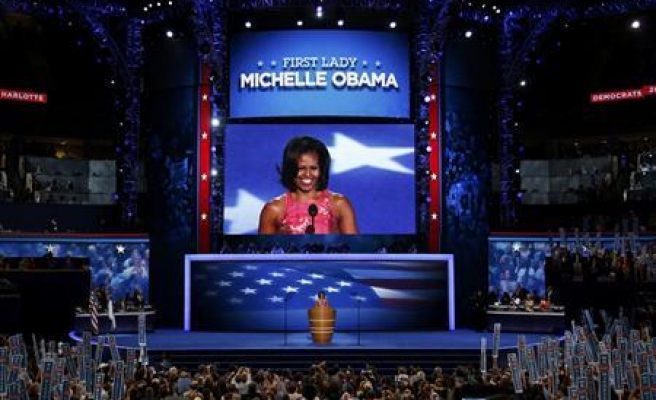 U.S. first lady Michelle Obama will travel to three cities in China this month, her daughters and mother in tow, and plans to share stories of her travels with U.S. students through a daily travel blog, the White House said on Monday.

Michelle Obama will meet her counterpart, Peng Liyuan, during the trip, the White House said.

The two first ladies did not meet last year when Peng traveled to California with her husband, Chinese President Xi Jinping, who held informal talks with President Barack Obama on thorny issues like cyber spying and the dispute between China and its neighbors over territory in the East China Sea.

At that time, Michelle Obama wrote to Peng, saying she regretted missing the meeting, but hoped to visit China soon

"No matter what country we live in, we're all facing so many of the same challenges - from ensuring that students get a good education; to fighting poverty, hunger and disease; to addressing threats to our planet like climate change," she said in a letter to students posted on the White House website.

Obama, who often speaks about the importance of education, will preview her tour on Tuesday during a visit to the Washington Yu Ying Public Charter School Chinese immersion school, and will encourage students to follow her trip.