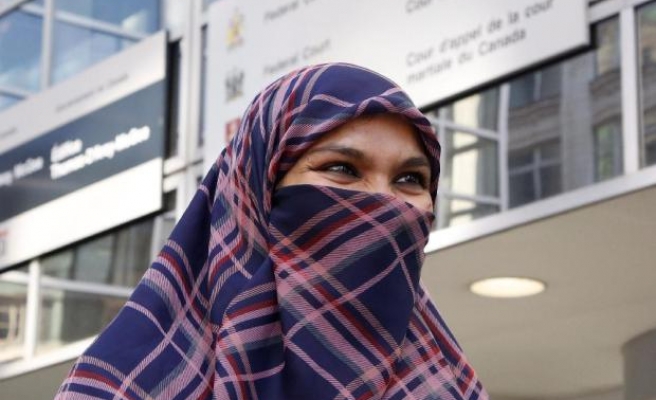 At Oct.19 general election in Canada, 46 non-white candidates, most of whom immigrants, were elected to the House of Commons, and are about to be sworn in as members of parliament.

"Even as recently as two years ago, if you asked, 'Would you ever become an MP in Canada?' I would say, 'Impossible'," said Ahmed Hussen, a Somalian immigrant, who will represent a Toronto constituency from Liberal Party.

"It speaks well of Canadians that they're willing to vote for a person based on his views and his platform, not where they come from," Hussen said.

Hussen's Liberal Party clinched massive victory in the general election. Analysts believe that one of the most important factors was the immigration and refugee policies of the losing Conservative government.

In a country that generally prizes immigrants as a source of economic growth and officially encourages newcomers to maintain their ethnic identities, the Conservatives and Prime Minister Stephen Harper were widely seen as anti-Muslim, especially after they made an issue of the face coverings worn by some Muslim women.

"The Conservative government tried to use wedge politics, but in the end, it backfired," said Andrew Griffith, a former director general of the government office that oversees citizenship matters and the author of a book about multiculturalism in Canada.

"It should give any political party in Canada food for thought, food for reflection."

Because Canada's immigration rules favor well-educated and affluent migrants, ethic communities are also an important source of donations to political parties, not least because the country's campaign finance laws ban contributions from corporations or unions and set a relatively low ceiling for individuals.

"It's empowering in that there are groups that can no longer be ignored," said Arif Virani, 43, a newly elected Liberal lawmaker from Toronto who came to Canada with his parents as an Ismaili Muslim refugee from Uganda in 1972. He noted that in some constituencies, all three major parties ran minority candidates.

Canada first introduced a policy of official multiculturalism, recognizing the differences in Canadians' heritage, in 1971 under Pierre Elliott Trudeau, a Liberal prime minister and the father of current Liberal Party leader Justin Trudeau.

Canadians tend to think that, where the U.S. assimilates immigrants' cultures in a melting pot, Canada allows all cultures to flourish.

Voters appeared to reject Harper's plan to ban face coverings during citizenship ceremonies, but Griffith said there was still widespread unease about the practice of wearing them, which many Canadians believe limits the participation of Muslim women in society.

As Harper's rhetoric rose over the niqab issue, Virani said, he found a corresponding rise in the number of voters he met who raised anti-Muslim sentiments.

He added, "It's fundamental to Canadians' identity that they want to be seen as, and to be, a welcoming and accommodating nation."