Murder suspect kills self after stealing plane in Utah

Brian Hedglin who works for SkyWest Airlines stole a passenger plane at an airport in Utah on Tuesday then shot himself, police said. 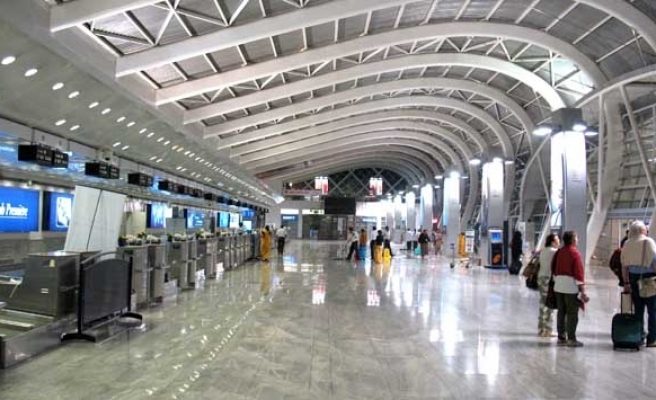 A pilot suspected of murdering his girlfriend stole a passenger plane at an airport in Utah on Tuesday, taxied it into a parking lot, then shot himself dead on board, police and officials said.

Hedglin entered a SkyWest aircraft, started it up and taxied though an airport fence into the parking lot. He then shot himself, police said.

The aircraft's engines were still running when officers boarded it and found Hedglin dead, they said.

SkyWest said Hedglin, a resident of Colorado Springs, Colorado, was put on administrative leave by the airline after police began searching for him in connection with the July 13 murder of 39-year-old woman.

Christina Cornejo, who local media said was Hedglin's former girlfriend, was found dead in her home in Colorado Springs. She had been stabbed multiple times.

Both she and Hedglin were members of the Colorado Army National Guard. Hedglin served as a food service specialist but had never deployed.

Police had been searching for Hedglin since Friday and detectives had enlisted the assistance of SkyWest, asking the airline to deactivate Hedglin's access cards to its facilities, Colorado Springs police said.

Hedglin had been in court on July 12, the day before Cornejo was killed, to face separate charges of criminal mischief, harassment and theft, according to Colorado Springs defense attorney Steven Rodemer, who was representing him in that case.

The criminal mischief charge had been downgraded from a felony to a misdemeanor last week. That case had been headed for a trial, Rodemer said.

"Brian was always pleasant, cooperative and very nice in my dealings with him," Rodemer said, adding that nothing that happened that day should have been upsetting to Hedglin. "This is tragic for everyone involved."

A police officer doing a perimeter check of the airport discovered an abandoned motorcycle outside the airport fence, Mortensen said. The officer found the rug over the security fence and raised the alarm.

SkyWest said the aircraft had been damaged and the extent was being assessed. The plane a CRJ200, a small regional passenger jet that accommodates 50 passengers.

Local officials said the airport was reopened on Tuesday afternoon after being closed for much of the day. SkyWest said six flights were disrupted by the incident.

St. George-based SkyWest operates Delta Connection and United Express flights to Salt Lake City and Los Angeles from the airport, which is the largest in southern Utah.