A national inquiry into murdered and missing aboriginal women has come to an end in Canada with officials admitting that the problem surpasses the 1,200-person estimate by national police. 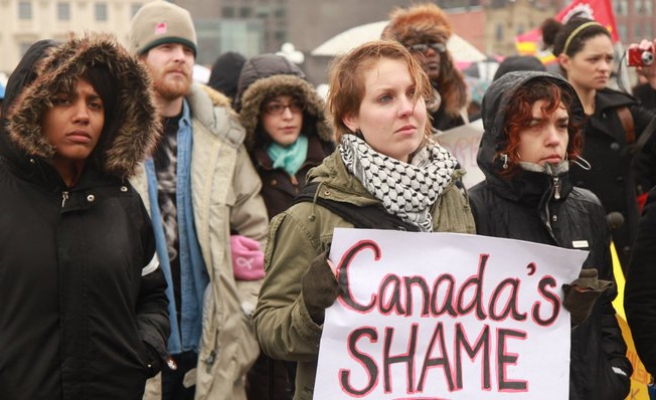 Canada's minister of indigenous affairs Tuesday accused police of failing to investigate possibly thousands of murders of native women that their families say were wrongly classified as suicide, accidental death or by natural cause.

Federal police said 1,049 aboriginal women had been murdered and 172 went missing over the past three decades, in a 2014 report that was updated last year.

But Minister Carolyn Bennett said, "the tragedy is much wider."

One woman's group suggested the number was as high as 4,000.

Based on conversations with victims' families ahead of a public inquiry into the deaths and missing persons cases, Bennett said a number of cases were labeled suicides, or the result of accidental overdose or natural causes.

"There's no question that the families want certain cases reopened," she said.

Many families, the minister added, alleged an "uneven application of justice, from the quality of the search to whether it's called a murder or not, to the charges that are laid, to the plea bargaining, to the court dates being delayed, to the sentence, to the time served.

"It seems to the families that this is very different if the victim is indigenous."

Bennett cited examples of a woman being shot in the back of the head and another who died while her hands were tied behind her back.

Both deaths were classified as suicides, she said.

"It's very important that we're describing a tragedy, not just counting missing and murdered because that doesn't describe the reality of these families and the voices of the survivors," she said.

The previous Tory administration had long resisted calls for an inquiry, seeing the disproportionate number of deaths and disappearances as resulting from domestic violence.