New US defense chief silent on date of Mosul offensive 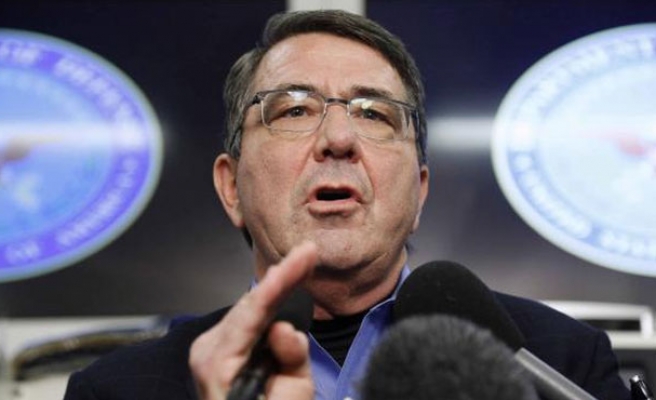 New U.S. Defense Secretary Ash Carter said on Saturday he would not telegraph the precise timing of an upcoming Iraqi offensive to retake the city of Mosul from Islamic State militants, after a U.S. military briefing caused an uproar.

Two influential Republican senators, John McCain and Lindsey Graham, sent a scathing letter to the White House on Friday complaining about a Thursday briefing that predicted a Mosul offensive likely to start in April or May, involving 20,000 to 25,000 Iraqi and Kurdish forces.

"These disclosures not only risk the success of our mission, but could also cost the lives of U.S., Iraqi, and coalition forces," McCain and Graham wrote to President Barack Obama.

Carter, in his first briefing with reporters since being sworn in on Tuesday, did not address the briefing by an unnamed Central Command official explicitly, or the letter from McCain and Graham. But, asked about the Mosul offensive, he made a point about refusing to offer details.

"I think the only thing I'd like to say about that is that (offensive) is one that will be Iraqi-led and U.S.-supported. And it's important that it be launched at a time when it can succeed," Carter told reporters shortly before landing in Afghanistan.

He added: "Even if I knew exactly when that was going to be, I wouldn't tell you."

Mosul, which had a population of more than 1 million people, was captured by Islamic State fighters in June and is the largest city in the group's self-declared caliphate, a stretch of territory that straddles the border between northern Iraq and eastern Syria.

It is highly unusual for the U.S. military to openly telegraph the timing of an upcoming offensive, especially to a large group of reporters.

McCain and Graham, in their letter to Obama, demanded to know the identity of the unnamed U.S. official who spoke to reporters on condition of anonymity. They also asked whether the official had prior approval from the White House.

"Those responsible have jeopardized our national security interests and must be held accountable," they wrote.

A U.S. defense official, speaking on condition of anonymity, said the White House had no advance knowledge of the briefing and did not give any direction about what would be said.

The official also added that Carter was aware of the letter from McCain and Graham and was always concerned about safeguarding information about future military operations.