Wall Street Journal said the Democratic governor, who will be among the first high-profile U.S. politicians to visit Cuba since last month's policy shift, would announce his plan on Wednesday and take the trip in coming months. 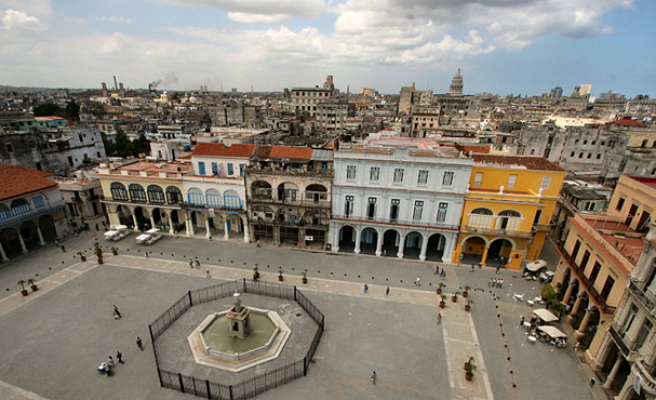 New York Governor Andrew Cuomo is planning to lead one of the first trade missions to Cuba since the Obama administration loosened travel and trade restrictions on the Communist-ruled Caribbean island, the Wall Street Journal reported on Saturday.

Quoting a person familiar with his plans, the paper said the Democratic governor, who will be among the first high-profile U.S. politicians to visit Cuba since last month's policy shift, would announce his plan on Wednesday and take the trip in coming months. It gave no further details.

Cuomo's office did not immediately respond to a request for comment.

Leahy is heading a group of four Democratic senators and two Democratic representatives, all of whom have visited Cuba in the past and who strongly support Obama's policy, a statement from his office said. Their three-day trip aims to get an idea from Cuban government officials how they see they normalization process, and convey a sense of what Americans expect.

Separately, the United States and Cuba are holding high-level talks in Havana next week on normalizing ties.

A package of new rules came into effect on Friday implementing Obama's policy shift by opening up the island to expanded U.S. travel, trade and financial activities.

The U.S. embargo on Cuba, in place for 54 years, remains in place, however, as only the U.S. Congress can lift it.

While Cuban President Raul Castro has welcomed last month's deal, he has made clear that Havana does not intend to abandon single-party rule or the state-controlled economy. Congressional critics of Obama's shift say that Washington should not be rewarding Cuba.