NKorea a 'threat to the world': Kerry

'The United States will do what is necessary to protect the people of our country and our friends and allies in the world,' US Secretary of State assures 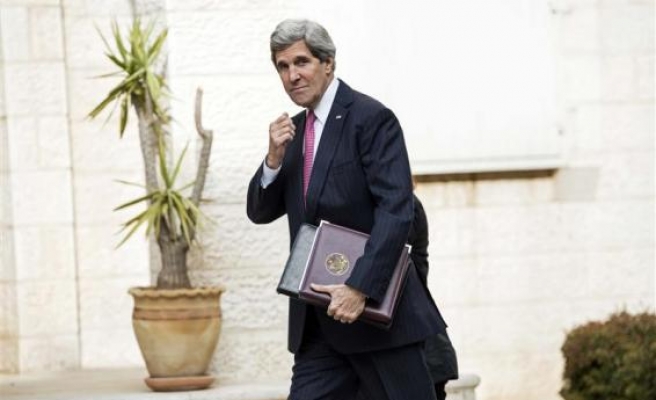 Washington is pushing for a strong United Nations response to the North's latest atomic blast -- which Pyongyang said was a miniaturised hydrogen bomb, a claim largely dismissed by experts -- with enhanced sanctions.

But China, North Korea's chief diplomatic protector and economic benefactor, is reluctant, despite the pair's ties becoming strained in recent years as Beijing's patience wears thin with its neighbour's ambitions for nuclear weapons.

The two powers -- both permanent members of the UN Security Council -- had agreed to mount an "accelerated effort" to try to resolve their differences on a new resolution, Kerry told a joint press conference with his Chinese counterpart Wang Yi.

But he acknowledged that they had not agreed on the "parameters of exactly what it would do or say".

"The United States will do what is necessary to protect the people of our country and our friends and allies in the world," Kerry added.

Wang said that China also backed a new Security Council motion, but added that it "should not provoke new tension in the situation".

Beijing's ties with Pyongyang were forged in the blood of the Korean War and analysts say its leverage is mitigated by its overriding fear of a North Korean collapse and the prospect of a reunified, US-allied Korea directly on its border.

China has a "particular ability... to be able to help us significantly to resolve this threat", Kerry said, noting that as the North's main provider of trade and aid it could apply pressure through "movements of ships" and "various resource exchanges".

Wang said he rejected "all groundless speculation or distortion of China's position", re-iterating that Beijing was committed to the denuclearisation of the Korean Peninsula.

Kerry later met with President Xi Jinping, with the Chinese leader saying: "Generally speaking when China and the United States work together we can make good things happen".

China regularly calls for calm in the region, and for the resumption of the long-stalled six-party talks, which bring together the two Koreas, China, the United States, Russia and Japan.

"The goal is to take the nuclear issue on the Korean peninsula back to the right track of negotiation", Wang said.

"Sanctions are not an end in themselves."

As Kerry arrived in Beijing on Tuesday, the state-run China Daily ran an article headlined: "Experts have low hopes for Kerry's China trip."

Before Wednesday's meeting, the official Xinhua news agency issued a commentary blaming the US's "uncompromising hostility" and "Cold War mentality" for the situation on the Korean peninsula.

Washington's actions, such as flying a nuclear-capable B-52 bomber close to the inter-Korean border, were heightening the North's "sense of insecurity and thus pushing it towards reckless nuclear brinkmanship", it added.

China asserts ownership over virtually the entire area, putting it at odds with regional neighbours the Philippines, Vietnam, Malaysia, Brunei and Taiwan.

Washington has called Beijing's land reclamation projects a threat to freedom of navigation and has sent military ships and planes to the region to demonstrate that it will not accept a change to the status quo.

The two countries must avoid "a destabilising cycle of mistrust or escalation" in the area, Kerry said, adding that both sides had agreed to explore the possibility of a "diplomatic way forward" on the issue.