US would be ready to resume six-party talks on North Korea if it showed "concrete indications" to implement a 2005 nuclear disarmament deal,Deputy Secretary of State said on Saturday 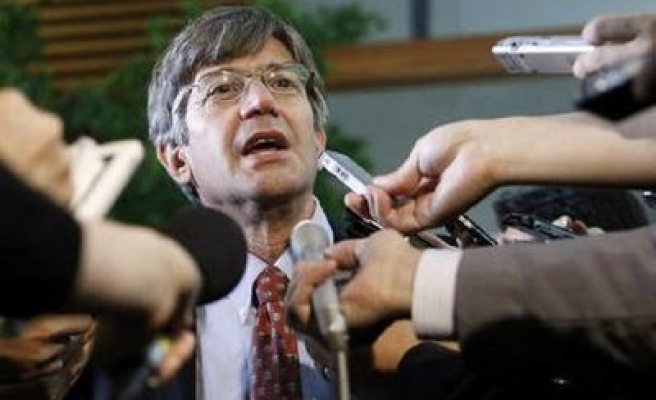 The United States would be ready to resume six-party talks on North Korea if Pyongyang showed "concrete indications" it would try to implement a 2005 nuclear disarmament deal, the U.S. No. 2 diplomat said on Saturday.

U.S. Deputy Secretary of State Jim Steinberg told a Geneva meeting of the International Institute for Strategic Studies think tank that Washington was opposed to resuming discussions without prospects of meaningful progress.

"We need to have concrete indications that North Korea is prepared, and wants, to return to the talks to seriously implement its commitments in the September 2005 joint statement," he said, adding Washington sought a "meaningful way forward" rather than just talks for the sake of talks.

The discussions, which were last held in 2008, involve the two Koreas, China, Japan, Russia and the United States.

U.S.-North Korean relations have worsened since President Barack Obama took office, and aides have expressed deep concern about the March 26 sinking of the South Korean corvette Cheonan. Washington and other nations blame the North for the incident. Pyongyang denies the accusation.

China, the North's sole powerful ally, has urged regional powers to put the sinking, in which 46 South Korean sailors died, behind them and return to the discussions.

It has also expressed alarm at U.S.-South Korean military exercises held in international waters off the west coast of the Korean peninsula on Sept. 5-9, saying they threatened Chinese security interests and could destabilise the region.

Steinberg said that "to somehow blame these exercises for raising the tensions on the peninsula is like blaming the victim for the crime." He said the exercises were a stabilising factor because they would encourage the North to think again before behaving in ways that were "provocative, dangerous and destabilising".

Steinberg said Washington had had contacts with the North among others about the importance of making progress, and hoped Pyongyang realised a strategy of "provocation and expecting to be rewarded for ending the confrontation" would not be rewarded.

"We have had some very good conversations not just with our South Korean and Japanese partners, but also with China and spent some time talking to the North Koreans about the importance of having a meaningful way forward rather than talks for their own sake," he said.

"There is a cost to returning to talks when you have reason to believe they are not going to be successful. It undermines confidence in the process."