US officials believed that ISIS victims' suits are symbolic. 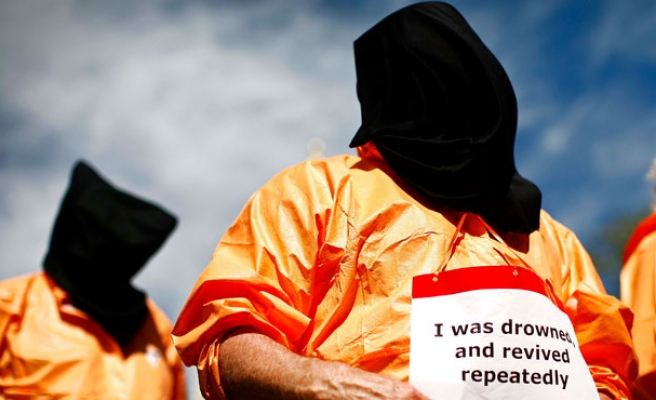 A top U.S. defense official said it was "no coincidence" that recent ISIS videos of the savage executions of Jordanian and Japanese hostages showed the victims wearing orange jumpsuits, "believed by many to be the symbol of the U.S. detention facility at Guantanamo Bay."

Brian McKeon, principal undersecretary of defense for policy, made that point in prepared testimony for a Senate Armed Services Committee hearing on Thursday on the controversial facility.

He said President Barack Obama and his national security team all believe the continued operation of the Guantanamo Bay detention center "is used by violent extremists to incite local populations," McKeon said.

"It is no coincidence that the recent ISIS videos showing the barbaric burning of a Jordanian pilot and the savage execution of a Japanese hostage each showed the victim clothed in an orange jumpsuit, believed by many to be the symbol of the Guantanamo detention facility," he said.

In his opening statement, Republican Senator John McCain, the committee's chairman, said the panel would soon debate and vote on legislation introduced by a panel member, Republican Senator Kelly Ayotte, that would bar all transfers of detainees from Guantanamo for two years.

Although McCain said it would further U.S. national security interests to close Guantanamo, he faulted the Obama administration for failing to provide a comprehensive plan to responsibly close the facility.

McKeon testified that the administration opposes the legislation.