'No illusions' about Iranian activities: US

'We are very mindful of Iranian adventurism in this region,' says US official 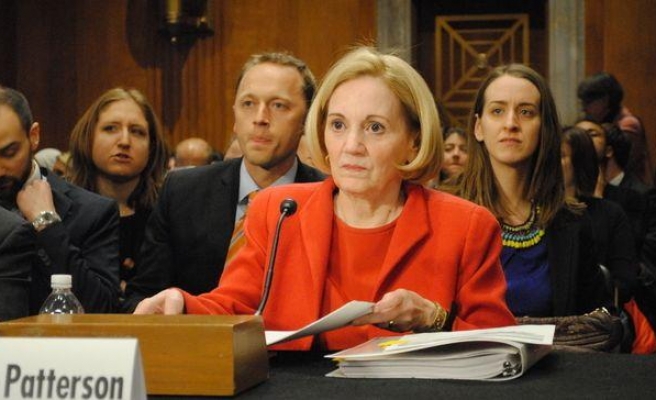 The U.S. is not under any "illusions" about what Iran is doing in the Middle East, a top American official said Wednesday.

Assistant Secretary of State Anne Patterson told a Senate Foreign Relations Committee that the U.S. has worked hard with its partners to counter Iranian activities.

"So, we have a lot of activities underway. We have a very specific intelligence focus. We, of course, have our large military presence in the Persian Gulf, in the Gulf of Aden," she said. "So we are very mindful of Iranian adventurism in this region."

Iran and six world powers signed a final nuclear agreement July 14 in which Tehran agreed to limit its nuclear activities in return for a lifting of longstanding sanctions on the country.

After the removal of sanctions, Iran plans to raise its oil and gas production through an anticipated influx of foreign investment in hopes of boosting energy exports with a view to generating more revenue for its troubled economy.

Tehran must wait until Dec. 15 before the restrictions are removed, however, when the International Atomic Energy Agency is expected to issue a final report on Tehran's nuclear activities.

Besides its nuclear activities, Iran also has been the main regional ally of President Bashar al-Assad since a civil war erupted in Syria in March 2011.

Tehran denies having troops on the ground in Syria, although it acknowledges providing logistics and training to regime forces.