Corey Robin, a Jewish professor of political science at Brooklyn College and a longtime critic of Israel, was also arrested at the protest. 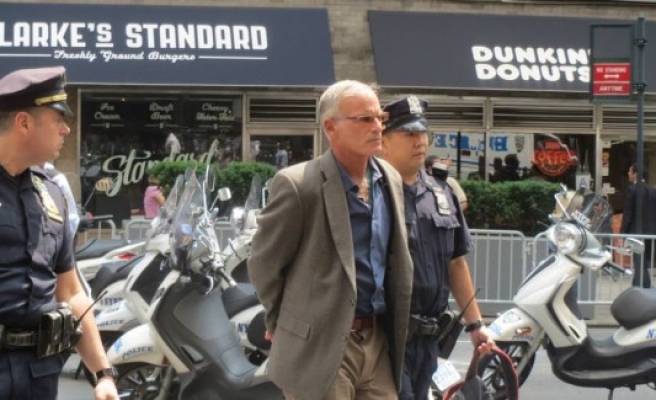 It has been revealed that writer and professor Norman Finkelstein, a fierce critic of the Israeli government for its acts of genocide against the Palestinians, was arrested on Tuesday during a protest he organized outside the Israeli Consulate in New York.

On Monday, Prof. Finkelstein, who is himself Jewish and a descendent of Holocaust survivors, called for civil disobedience on his website, saying “It’s got to be a collective action. If one hundred people either sign up to get arrested or to be there in solidarity, I’ll be there too.”

Dozens of people had turned up outside the Consulate at 12:30 pm on Tuesday in Manhattan after Prof. Finkelstein encouraged people to join the protest. Traffic in the area was stopped for around twenty minutes as police swooped in and handcuffed demonstrators.

Corey Robin, a Jewish professor of political science at Brooklyn College and a longtime critic of Israel, was also arrested at the protest, The Nation reported.

The protesters gathered to voice their anger against the Israeli onslaught on the Gaza Strip, which has killed over 1,300 Palestinians since attacks began on July 8.