A U.S. Muslim civil liberties organization called for a federal investigation and Senate hearings into a report the CIA was helping New York City police spying on mosques and minority neighborhoods. 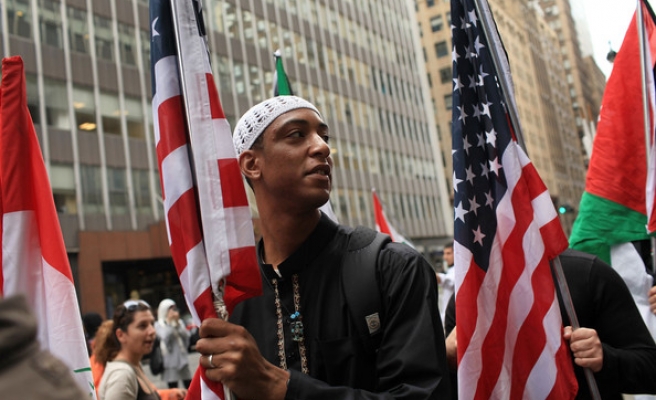 A U.S. Muslim civil liberties organization on Wednesday called for a federal investigation and Senate hearings into a report the CIA was helping New York City police spying on mosques and minority neighborhoods.

The Council on American-Islamic Relations (CAIR) suspects the joint CIA-police intelligence-gathering described in an Associated Press report violates the U.S. Constitution, the U.S. Privacy Act of 1974 and a presidential order banning the CIA from spying on Americans, CAIR attorney Gadeir Abbas said.

"This is hearing-worthy," Abbas said, requesting a Senate Intelligence Committee review as part of its oversight of the Central Intelligence Agency.

"The NYPD operates far outside its borders and targets ethnic communities in ways that would run afoul of civil liberties rules if practiced by the federal government," wrote the AP, which described the collaboration between the CIA and a U.S. police department as unprecedented.

A police spokesman said "we don't apologize" for aggressive techniques developed since the Sept. 11, 2001 attacks. He said "those techniques have helped thwart 13 plots on the city."

Browne added that the CIA does not direct the NYPD in any intelligence gathering activities. He confirmed that the department's intelligence chief previously worked at the CIA as head of both its analysis and operations divisions.

Referring to CAIR's assertion that the collaboration with the CIA might be illegal, Browne said, "They're wrong."

CAIR also called on the Justice Department to initiate an immediate investigation "of the civil rights implications of this spy program and the legality of its links to the CIA," said Ibrahim Hooper, CAIR's chief spokesman.

A spokesman for the Justice Department did not immediately respond to a request for comment.

CIA spokesman Preston Golson said the AP story had mischaracterized the nature and scope of the CIA's role.

"Our cooperation, in coordination with the Federal Bureau of Investigation, is exactly what the American people deserve and have come to expect ... The Agency's operational focus, however, is overseas and none of the support we have provided to NYPD can be rightly characterized as 'domestic spying' by the CIA. Any suggestion along those lines is simply wrong," Golson said.

The AP investigation was based on documents and interviews with more than 40 current and former New York Police Department and federal officials.

The news agency said many were directly involved in planning and carrying out the secret operations for the department.

Though most said the tactics were appropriate and made the city safer, many insisted on anonymity, because they were not authorised to speak with reporters about security matters, it reported.

CAIR was preparing a formal request for Senate hearings and a Justice Department probe that it would send out in the coming days, Abbas said.