'Say no to fascism. Say no to Trump,' read placards held by some of the demonstrators 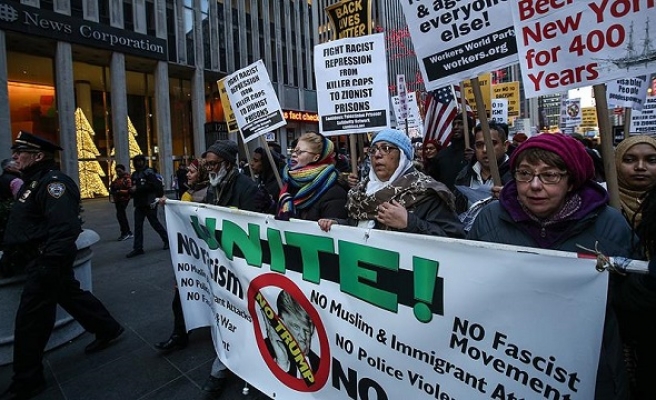 "Say no to fascism. Say no to Trump," read placards held by some of the demonstrators outside the "Trump Tower" building -- the Fifth Avenue offices for the real estate magnate's business empire, which also doubles as his campaign headquarters.

A group of Muslim demonstrators, meanwhile, kneeled in prayer outside the building as part of their protests.

"We started holding our protests in July, when Trump said Mexicans were drug dealers, criminals and rapists," one of the demonstrators, Jaime Gonzalez, 34, said.

"Today we're here because his offensive remarks about the Muslim community," he said.

Counter-demonstrations were also held by a small group of Trump supporters outside the building.

Trump's popularity has only grown in recent months, despite a succession of controversial statements that political pundits had believed would damage his standing with voters.