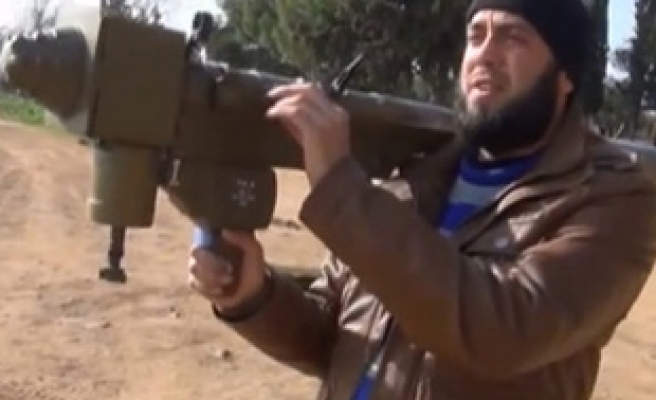 Syrian rebels have found a supplier in an unlikely source: Sudan, a country that has been under international arms embargoes and maintains close ties with a stalwart backer of the Syrian government, Iran.

In deals that have not been publicly acknowledged, Western officials and Syrian rebels say, Sudan’s government sold Sudanese- and Chinese-made arms to Qatar, which arranged delivery through Turkey to the rebels., reported the NY Times.

The shipments included antiaircraft missiles and newly manufactured small-arms cartridges, which were seen on the battlefield in Syria — all of which have helped the rebels combat the Syrian government’s better-armed forces and loyalist militias.

Emerging evidence that Sudan has fed the secretive arms pipeline to rebels adds to a growing body of knowledge about where the opposition to President Bashar al-Assad of Syria is getting its military equipment, often paid for by Qatar, the United Arab Emirates, Jordan, Saudi Arabia or other sympathetic donors.

While it is unclear how pivotal the weapons have been in the nearly three-year-old civil war, they have helped sustain the opposition against government forces emboldened by aid from Russia, Iran and Hezbollah.

Sudan’s involvement adds yet another complication to a civil war that has long defied a diplomatic resolution. The battle has evolved into a proxy fight for regional influence between global powers, regional players and religious sects. In Sudan’s case, it has a connection with the majority Sunni rebels, and a potentially lucrative financial stake in prosecuting the war.

But Sudan’s decision to provide arms to the rebels — bucking its own international supporters and helping to cement its reputation for fueling conflict — reflects a politically risky balancing act. Sudan maintains close economic and diplomatic ties to Iran and China.

Both nations have provided military and technical assistance to Sudan’s state-run arms industry and might see sales of its weapons by Sudan to help rebels in Syria as an unwanted outcome of their collaboration with Khartoum, or even as a betrayal.

In interviews, Sudanese officials denied helping arm either side in the Syrian war. “Sudan has not sent weapons to Syria,” said Imad Sid Ahmad, the press secretary for President Omar Hassan al-Bashir.

Al-Sawarmi Khalid Saad, a spokesman for the Sudanese armed forces, added that the allegations defied common sense, except perhaps as a smear.

“We have no interest in supporting groups in Syria, especially if the outcome of the fighting is not clear,” Mr. Saad said. “These allegations are meant to harm our relations with countries Sudan has good relations with.”

A Qatari official said he had no information about a role by his country in procuring or moving military equipment from Sudan.

Two American officials said Ukrainian-flagged aircraft had delivered the shipments. Air traffic control data from an aviation official in the region shows that at least three Ukrainian aviation transport companies flew military-style cargo planes this year from Khartoum, the Sudanese capital, to a military and civilian airfield in western Turkey.