The protests turned violent overnight in Berkeley, a city near San Francisco that has been a hotbed of protest movements since the 1960s 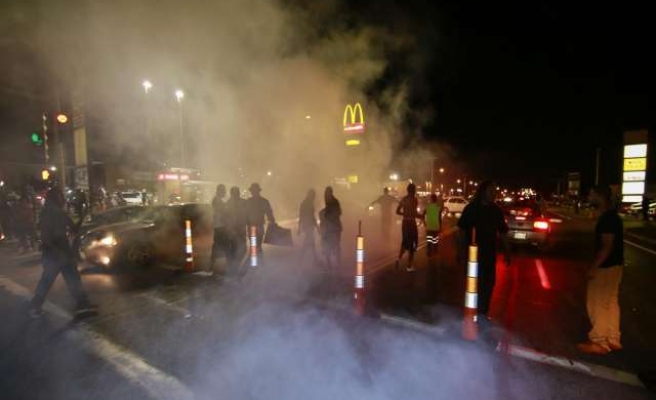 A fifth day of nationwide protests against police violence was set to begin on Sunday after overnight clashes in two West Coast cities as New York's police commissioner said an internal investigation into a chokehold death could last four months.

After a relatively calm night in New York City, 13 people were arrested overnight in angry demonstrations in Seattle, where crowds threw rocks and attacked police, and in the California university town of Berkeley, where windows were smashed, stores looted and tear gas fired at protesters.

Protests were planned on Sunday in dozens of cities across the country, including New York, Chicago, Philadelphia, Miami and Minneapolis.

Nightly demonstrations, which were mostly peaceful until the unrest on the West Coast, have followed a New York grand jury's decision not to indict a white police officer who put an unarmed black man in a banned chokehold that killed him.

New York Police Commissioner Bill Bratton said Sunday he would review the results of an internal investigation of the July incident to decide whether any police wrongdoing was involved in Eric Garner's death.

The killings of Garner and Michael Brown, an unarmed black teen, in Ferguson, Missouri, have highlighted the strained relations between police and African-Americans and rekindled a national debate over race relations in the United States.

The protests turned violent overnight in Berkeley, a city near San Francisco that has been a hotbed of protest movements since the 1960s. A man smashed a grocery store window with a skateboard as others proceeded to loot the store and at least two other businesses.

Police fired tear gas after a splinter group of protesters pelted officers with rocks, pipes and bottles, Officer Jennifer Coats of the Berkeley Police Department. One officer hit by a sandbag suffered a dislocated shoulder, she said, and six people were arrested.

Several police vehicles were damaged and the disturbance forced the closure of the local Bay Area Rapid Transit station.

In Seattle, protesters threw rocks and attacked police who blocked them from marching onto State Route 99, resulting in seven arrests for assault and other charges, said Seattle Detective Patrick Michaud.

The streets of New York were mostly quiet on a rainy Saturday after three nights of demonstrations following the decision by the Garner grand jury. Protesters and police alike have showed restraint and no major violence has flared.

A dozen protesters lay down again on the floor in New York's Grand Central Terminal in one of the now-familiar "die-ins" featured in the wave of protests this week. Tourists and commuters stopped to watch the silent protest and snap pictures before going on their way.

As of Saturday night, police have made about a total of 300 arrests, mostly for disorderly conduct.