A report by the Department of Homeless in New York city shows that more than 60,000 people are homeless, with 40% being children. Eviction rates have been the most significant factor with fears that the oncoming winter will outnumber the 2014 winter. 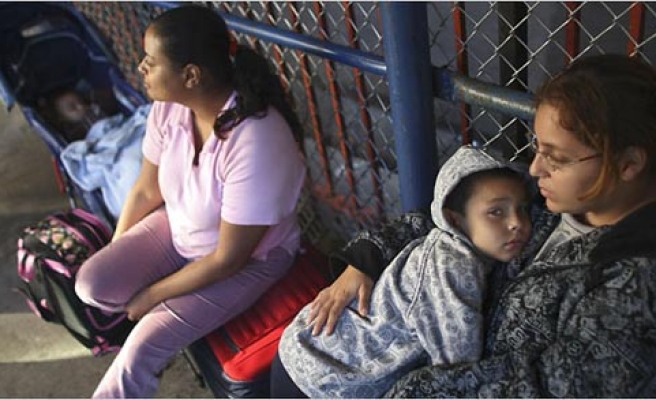 A mixed web of skyrocketing rents, stagnant wages, evictions and a lack of affordable housing has led to a boom in homelessness in New York City. The latest figures show 57,448 people sleeping in shelters, and approximately 40 percent are children.

A report in RT today has claimed that the latest Department of Homeless Services (DHS) figures shows that more than 23,000 of the 57,448 people sleeping in New York City shelters are children, with nearly 12,000 families in the shelter system. Organizations that help aid homeless people are concerned that as winter sets in, the numbers will return to the record high of seen in December 2014, when the homeless population numbered 59,068.

What is making the problem worse is that city rents have continued to escalate. Between 2002 and 2011, 39 percent (385,300) affordable apartments were lost. A number of myths persist about homelessness – that people are substance abusers or suffer from mental illness – but the major reason is more fundamental.

“More than two-thirds of the people in our shelters are families with vulnerable children, and the most common cause of their homelessness isn’t drug dependency or mental illness. It’s eviction,”  says Mary Brosnahan, president and chief executive of the Coalition for the Homeless, in a recent New York Times op-ed.

“If we can slow the pace of evictions, we will make a major dent in the homelessness crisis.”

In September, Mayor Bill de Blasio, inherting a homeless population of 53,000, announced an additional $12.3 million in funding, representing a tenfold increase over 2014, for a program that helps provide tenants attorneys who represent tenants in eviction cases. It costs about $2,500 to provide a tenant with an attorney in an eviction proceeding, while the city spends on average of more than $45,000 to shelter a homeless family. If a tenant is represented by an attorney, there is far less chance of eviction and landlords usually drop the case.

There is also a bill pending in the City Council that would create the right to counsel for all low-income tenants in housing court. If passed, it would make New York City the first in the nation to guarantee representation for tenants. Sponsors feel this would lead to decrease in the number of families forced into homelessness.