Liu, 32, and Ramos, 40, were ambushed on Dec. 20 by a killer who said he wanted to avenge the deaths of two unarmed black men this summer at the hands of white officers 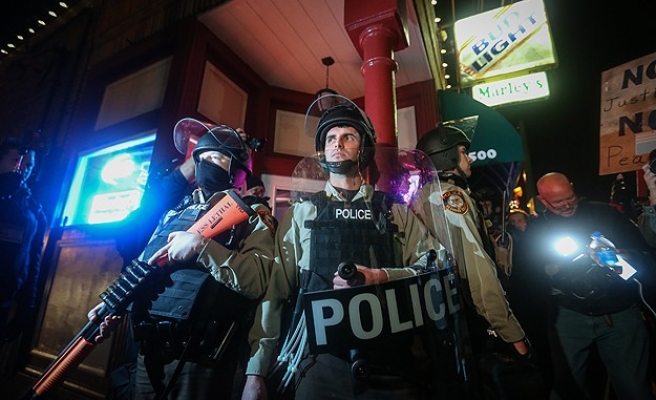 New York Mayor Bill de Blasio appealed for reconciliation on Sunday in his eulogy for the second of two police officers murdered last month in an ambush that led to accusations the mayor had contributed to an anti-police climate.

Politicians, police brass and other mourners joined family members inside a Brooklyn funeral home to honor Wenjian Liu, believed to be the New York Police Department's first Chinese-American officer killed in the line of duty.

Outside, a sea of blue-uniformed officers stood in silence. Only about three dozen of them could be seen turning away from de Blasio when he began speaking, disregarding an entreaty by Police Commissioner Bill Bratton for officers to refrain from a gesture that has become symbolic of their disdain for the mayor.

Liu, 32, and Ramos, 40, were ambushed on Dec. 20 by a killer who said he wanted to avenge the deaths of two unarmed black men this summer at the hands of white officers.

"New York has been from its earliest days a most tolerant of cities ... but there have always been times when that harmony has been challenged," de Blasio said at the funeral, one of the largest in NYPD history.

"Let us rededicate ourselves to those great New York traditions of mutual understanding and living in harmony."

Caiyao Chen, 32, who moved to the United States from China in 2000, was among a crowd of mostly Asian mourners who pressed against barricades on the sidewalk outside the services.

Chen was one of tens of thousands of mourners, a crowd that appeared to be about the same size as the one that gathered for Ramos' funeral.

He brought a handmade placard displaying a picture of Liu at his wedding a few weeks ago and a message in Mandarin that translated as: "Walk away easily."

Chen didn't know the slain officer but he said he was particularly saddened because Liu was his parents' only son.

"In Chinese tradition, the son carries the blood of the family," he said. "The family is broken now."

One of the most poignant moments of the service came when Liu's wife paid a tearful tribute to the officer as a devoted husband and son. "Wenjian is my hero," Pei Xia Chen told the congregation. "We can always count on him."

SILENT PROTESTS AGAINST THE MAYOR

While there was a smattering of dissent among the throng of officers assembled outside the home, a big majority of them faced the mayor when he spoke, in contrast with the thousands who turned their backs last week when de Blasio began his eulogy for Liu's partner.

As pall bearers carried the casket draped in the NYPD flag to the hearse, thousands stood at attention while three helicopters flew at low altitude over mourners in a ceremonial maneuver known as a "missing man formation," an NYPD tradition.

Even though fewer officers participated in the silent protest against the mayor than a week earlier, the gesture highlights how far relations between the police force and de Blasio have deteriorated since the murders.

Immediately after the ambush, Patrick Lynch, the head of the largest police union, said the mayor contributed to the political climate that led to the killings, saying there was "blood on many hands."

It is the latest turn in a national debate over racial relations and law enforcement that was rekindled this summer by the deaths of unarmed black men in Ferguson, Missouri, and New York City in encounters with white officers.

De Blasio offered qualified support for the wave of protests over police treatment of minorities that erupted across the country after the deaths of Michael Brown and Eric Garner. He said he had talked to his bi-racial son, Dante, about being wary in dealing with police.

Relations between the police and de Blasio had begun to fray before that. During his 2013 campaign for office, the mayor had criticized some of the NYPD's tactics, including a "stop-and-frisk" policy that critics said was used to harass African Americans and other minority groups.

Before the funeral, U.S. Representative Peter T. King of Long Island said he thought it was possible the mayor and the rank and file police had reached a turning point that could lead to reconciliation.

"The fact that the city did come together for the funeral does give the mayor an opportunity to work with the police to go forward together," he said. "He has to find a way to make this work."