New package totals $8.7 million, as another $74 million will be provided for Lebanon’s Syrian refugees 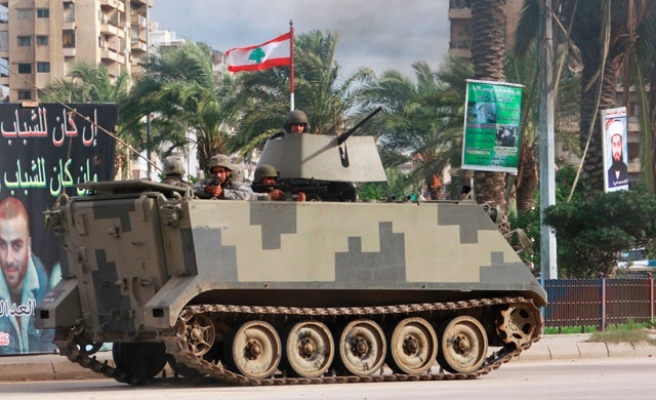 Speaking following a bilateral meeting with Lebanese President Michel Sleiman, US President Barack Obama said the US government will provide the Lebanese Armed Forces with an additional $8.7 million in military aid.

President Obama said the US "strongly supports the role of the Lebanese armed forces in maintaining Lebanon's stability, and today we're announcing an additional $8.7 million that would provide needed [equipment] in support of the Lebanese Armed Forces in internal stability and border security missions."

For his part, Lebanese President Sleiman, said the meeting comes at a “very difficult” time for Lebanon, and emphasized that the US has provided Lebanon with “continuous support”.

Among the issues discussed by the two leaders was the ramifications of Syria’s civil war for neighboring Lebanon. Obama stressed that the planned removal of Syria’s chemical weapons stockpile under a US-Russian brokered deal, would benefit Lebanon.

Sleiman said such a move “will mark the beginning of a process of finding a political solution that will insure democracy in Syria as well as peace and security in this neighboring country."

And indeed, Sleiman mentioned that Lebanon has been tasked with taking in over one million refugees from the Syrian conflict.

Speaking at a luncheon hosted by UN Secretary General Ban Ki-Moon, US President Barack Obama praised the efforts of UN workers in Syria, saying, “I also want to salute all who help sustain our United Nations, often unseen and unheralded. This includes the dedicated U.N. inspectors in Damascus who set out into battlefield conditions. They braved sniper fire.  They worked diligently with great professionalism.  They uncovered the truth, and they have the thanks of the world.”

He also emphasized the leadership of Secretary-General Ban Ki-Moon, saying “Mr. Secretary-General, you continue to provide the moral vision that we seek from the United Nations as well as a practical sense of how we can achieve that vision.”