The funds are part of the Obama administration's $58 billion request for Overseas Contingency Operations. 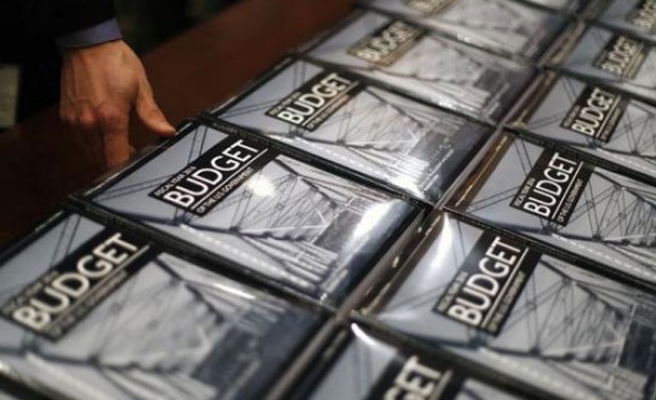 About $5.3 billion is allocated for the Department of Defense, including money for air strikes, and $3.5 billion to the Department of State. The funds are part of the Obama administration's $58 billion request for Overseas Contingency Operations.

The budget seeks an increase of about $1.5 billion from this year's $12.5 billion devoted to cybersecurity spending.

Federal cybersecurity funding has steadily increased in recent years, from $10.3 billion in 2013, reflecting the intensity of threats U.S. companies and government agencies are facing from cyber intruders, both domestic and foreign.

The budget, released on Monday, calls for deployment of more intrusion detection and prevention capabilities, greater sharing of data with the private sector and other countries and more funding to beef up the government's ability to respond to attacks.

The funding would support several specific programs, such as monitoring and diagnostics of federal computer networks, the EINSTEIN intrusion detection and prevention system and government-wide testing and incident-response training.

"Cyber threats targeting the private sector, critical infrastructure and the federal government demonstrate that no sector, network or system is immune to infiltration by those seeking to steal commercial or government secrets and property or perpetrate malicious and disruptive activity," the White House summary said.

It is unclear how much funding the Republican-controlled Congress will dedicate to cybersecurity efforts during the next fiscal year.

Among various requests, the White House sought $227 million for construction of a Civilian Cyber Campus, meant to spur public-private partnerships, and $160 million for information technology and cybersecurity of the weapons program at the Energy Department's National Nuclear Security Administration.

Increased funding for protection of government networks would be good news for big weapons makers like Lockheed Martin Corp, General Dynamics Corp, Northrop Grumman Corp and Raytheon, which already play a big role in cybersecurity, encryption and analysis for defense and intelligence agencies.

In the private sector, where companies have grown increasingly concerned in the wake of attacks on retailers, banks and others, higher spending is likely to boost companies like Hewlett Packard, which offers cybersecurity services.

The White House's budget for most agencies referenced their cybersecurity efforts, including the Department of Health and Human Services and the Office of Personnel Management. Obama also asked for at least $28 million for the Agriculture Department's Chief Information Officer to improve the agency's cybersecurity and $15 million for the FBI's grants, training, and technical assistance program that helps local law enforcement fight economic, high-technology and Internet crimes.