The president said that the shutdown was avoidable, and the impetus behind GOP's actions comes from their opposition to his signature healthcare law. 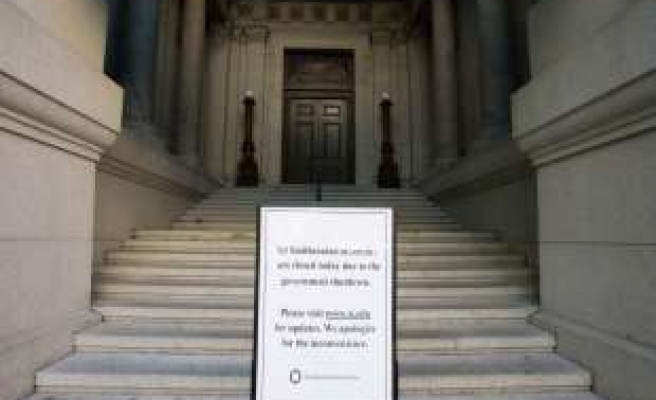 US President Barack Obama lambasted the fringe of the Republican Party Tuesday for its role in the government’s shutdown, and called for the Congress to "pass a budget, end the government shutdown."

"My basic message to the Congress is this: Pass a budget, end the government shutdown. Pay your bills, prevent an economic shutdown. Don't wait, don't delay, don't put our economy or our people through this any longer," said the US President.

He said that the basis for the shutdown was far detached from fiscal policy.

"As I've said repeatedly, I am prepared with Democrats and Republicans to do the things we need to do: to grow the economy and create jobs and get our fiscal house in order over the long run, although I should add this shutdown isn't about deficits or spending or budgets."

The president said that the shutdown was avoidable, and the impetus behind GOP's actions comes from their opposition to his signature healthcare law.

"This Republican shut down did not have to happen, but I want every American to understand why it did happen. The Republicans in the House of Representatives refused to fund the government unless we defunded or dismantled the Affordable Care Act."

The GOTea is mad as a hatter.. Ladies and gentlemen, the nation has a serious problem on our hands with this bunch of trouble makers out not only to destroy 'big government', but apparently everyone in between too... (not as big of problem as any sensible moderate fiscal conservatives left in the bunch have though).