Obama calls on Syria's Assad to step down

Obama on Thursday for the first time called on Syrian President Bashar al-Assad to step down. 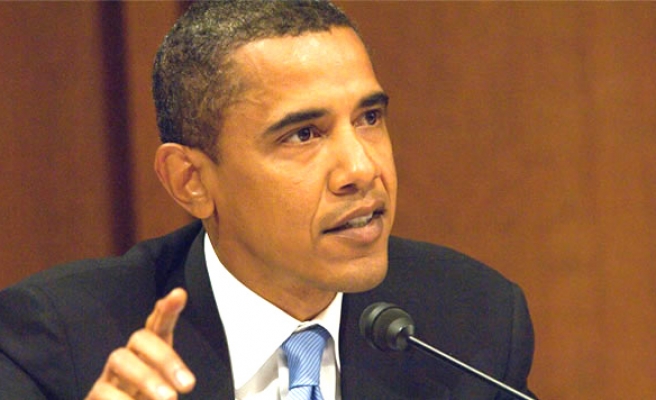 President Barack Obama on Thursday for the first time called on Syrian President Bashar al-Assad to step down after a brutal crackdown by Syrian forces on demonstrations against the Assad family's 41-year reign.

The president also imposed a fresh round of American sanctions to freeze all Syrian government assets under U.S. jurisdiction and to bar U.S. individuals or companies from transactions with Assad's government.

The moves are intended to ratchet up pressure on Assad, who has used his military and security forces to attack protesters seeking an end to four decades of authoritarian rule by the Syrian president and his late father, Hafez al-Assad.

While the United States has previously called for Assad to embark on democratic reforms or to get out of the way, Obama's statement marks the first explicit call for him to go.

"The future of Syria must be determined by its people, but President Bashar al-Assad is standing in their way. His calls for dialogue and reform have rung hollow while he is imprisoning, torturing, and slaughtering his own people," Obama said in a statement announcing the sanctions.

"For the sake of the Syrian people, the time has come for President Assad to step aside," he added.

The U.S. sanctions and demand for Assad's exit were followed by a call from Britain, France and Germany -- three of the European Union's leading powers -- for Assad to go.

The new U.S. sanctions immediately freeze all Syrian government assets subject to U.S. jurisdiction and prohibit any any transactions involving the Assad government.

They also ban U.S. imports of Syrian petroleum or petroleum products -- a tiny fraction of U.S. oil imports -- and prohibit U.S. citizens from operating or investing in Syria.

The United States has already imposed several rounds of sanctions on Assad and other Syrian officials and financial institutions but these are believed to have had little impact given the limited nature of U.S.-Syrian dealings.

Last week, U.S. Secretary of State Hillary Clinton called on countries to stop buying Syrian oil and gas -- Europe's main purchasers include France, Germany and the Netherlands -- and to get China and India to curb their investments in Syria.

"For months the world has borne witness to the Assad regime's contempt for its own people," Clinton said in a brief State Department appearance on Thursday. "The transition to democracy in Syria has begun and its time for Assad to get out of the way."

A source familiar with the matter said European nations were likely to impose additional sanctions on Syria, possibly targeting the energy sector, but that these would take more time to prepare.