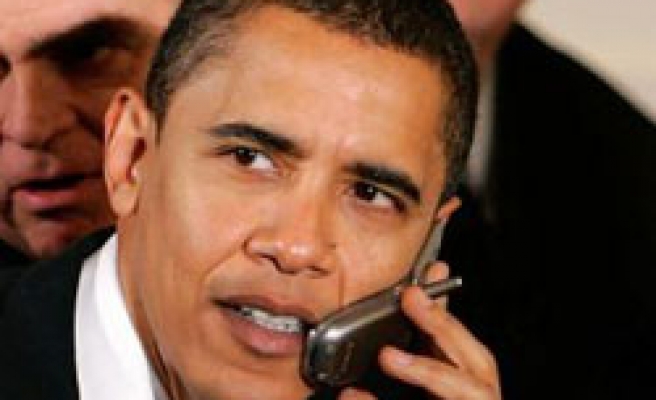 Obama made his third call this week about the crisis to British Prime Minister David Cameron and his second call in a week to French President Francois Hollande.

Obama, who is on a weekend vacation with his family at a lush Florida resort, also called Italian Prime Minister Matteo Renzi, his first call about Ukraine to the NATO member, the White House said. On Friday night, Obama also telephoned German Chancellor Angela Merkel to discuss the situation in Ukraine.

It was the first time he has spoken with the leaders of the three Baltic states about the crisis. The countries are NATO members with strong economic ties to Russia, and have expressed nervousness about President Vladimir Putin's actions in Ukraine.

The United States has moved to reassure its NATO allies, sending six more F-15 fighter jets this week to NATO's policing mission over the Baltic states. The jets are on call to respond to any violations of Baltic airspace.

Putin's justification for intervening in Ukraine to protect Russian speakers in Crimea has alarmed many in the Baltics, which used to be part of the Soviet bloc and have their own ethnic Russian minorities whose rights Moscow says are being undermined.