The Obama administration estimates that around 60,000 "unaccompanied minors" - children under 18 years - will enter the United States illegally this year 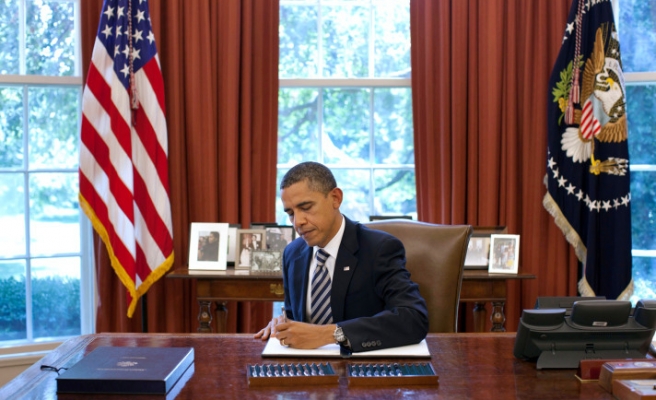 President Barack Obama established an interagency group on Monday to handle the growing influx of children coming to the United States illegally without parents or relatives accompanying them.

In a memo that describes an "urgent humanitarian situation," Obama has put the Federal Emergency Management Agency in charge of coordinating humanitarian relief to the children, including housing, care, medical treatment and transportation.

The Obama administration estimates that about 60,000 "unaccompanied minors" - children under 18 - will enter the United States illegally this year. It projects that number to grow to nearly 130,000 next year.

Many of the children are from Honduras, El Salvador, Guatemala and Mexico, and are fleeing domestic abuse or violent gangs that prey on children as young as 12, White House officials said.

Poverty also contributes to decisions to leave their home countries, according to immigration advocacy groups.

In making the journey to the United States, they often are trying to reunite with a parent or other relative.

Illegal immigration is a deeply divisive issue in the U.S. Congress and Republicans blamed the flood of children streaming into the country on Obama's policies.

House of Representatives Judiciary Committee Chairman Bob Goodlatte of Virginia said his panel would look into the issue in coming weeks.

"The recent surge of children and teenagers from Central America showing up at our southern border is an administration-made disaster and now President Obama is calling in FEMA to mitigate the damage," Goodlatte said.

He blamed "lax immigration enforcement policies" by the administration, even though it has aggressively sought the removal of millions of undocumented residents.

Last month, the administration announced it had opened a temporary shelter for some of the children at Lackland Air Force Base in San Antonio. It is nearly at its capacity of housing 1,200 children, officials said.

Another facility will open at Naval Base Ventura County in Southern California, Mark Greenberg, assistant secretary at the U.S. Department of Health and Human Services, said on Monday.

The California facility will hold a maximum of 600 children, officials said.

White House Director of Domestic Policy Cecilia Munoz said Monday's action was prompted by several concerns, including rises in the number of girls and children under the age of 13 who have been crossing the border.

The growing numbers of unaccompanied minors are placing budgetary pressures on Congress and the White House as they prepare spending bills for next year, Reuters reported last week.

Homeland Security Deputy Secretary Alejandro Mayorkas said federal officials would focus resources on combating smuggling networks that bring the children into the United States and would work with Central American governments to spread the word that the journey from their home countries is "perilous."

Many children do not realize the dangers they can encounter in leaving their home countries, including sexual assaults, starvation, forced labor and injuries from falling from freight trains that they jump on in Mexico.