The U.S. president in a telephone call to the Pakistani PM has also welcomed the improved relations between Afghanistan and Pakistan 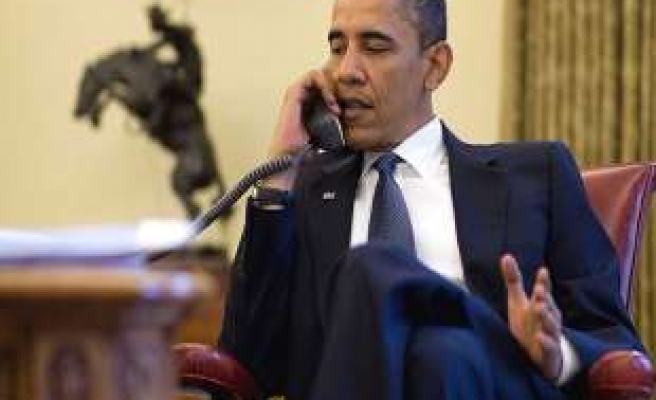 According to the Office of the Press Secretary, the two leaders agreed to continue to work together to strengthen U.S.-Pakistan relations and advance their shared interest of a stable, secure, and prosperous Pakistan and region.

The U.S. president discussed his recent visit to India, and noted that the U.S. supported all efforts by both nations to improve ties, the statement said.

Obama welcomed the improved relations between Afghanistan and Pakistan, and noted appreciation for Pakistan’s efforts to combat terrorism. Both leaders also expressed the intent to meet at a mutually convenient time, the statement added.

Sharif’s office in Islamabad also issued a statement about the telephone call between the two leaders that said the premier conveyed Pakistan’s opposition to India’s bid for a permanent status in the UN Security Council.

The Pakistani prime minister told Obama that India was not eligible for the permanent status in the council since it had allegedly violated United Nations’ resolutions on the disputed region of Kashmir.

According to the statement, the Pakistani side also expressed a desire to join the Nuclear Suppliers Group, a body that ensures civilian trade in nuclear materials.