US President Barack Obama met with Saudi Arabia's King Selman at the White House with the king saying that he was pleased with President Obama's assurances that the recent nuclear deal with Iran will not imperil the Gulf states. 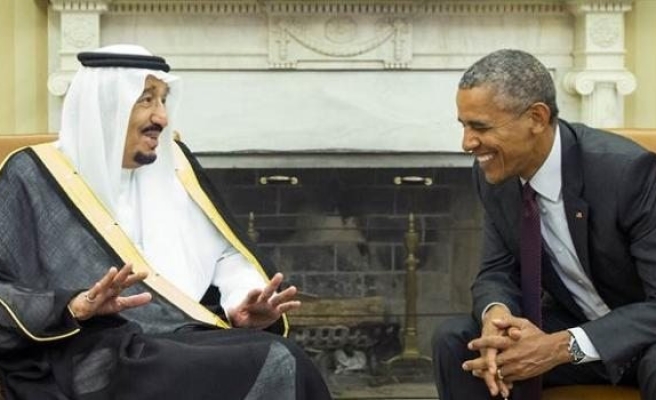 The White House said the leaders had a "positive and fruitful discussion" during Salman's visit as the two leaders addressed the ongoing crises in Syria and Yemen, the Iran nuclear pact, and the continued threat posed by al-Qaeda and ISIL.

King Salman "expressed his support" for the Iran nuclear deal during their meeting, and the pair discussed expediting the shipment of certain military systems to Riyadh "as well as heightened cooperation on counter-terrorism, maritime security, cybersecurity, and ballistic missile defense".

Obama and Salman "stressed the need for a long-term, multi-year counterterrorism effort against both al-Qaeda and [ISIL]" alongside world partners.

In remarks before their Oval Office and working lunch meetings, Salman said the U.S.-Saudi relationship is beneficial to not only the two countries, but the world and region.

During their meeting, the leaders discussed forging a "new strategic partnership for the 21st century and how to significantly elevate the relationship between the two countries", the White House said, noting that they directed their respective officials to explore how to make progress on the matter.

Regarding Yemen's ongoing crisis, Salman "conveyed Saudi Arabia’s commitment to continue to assist the Yemeni people; to work with coalition and international partners to allow for unfettered access to assistance vetted by the U.N. and its partners, including fuel, to the impacted people of Yemen; and, to that end, to work toward opening Red Sea ports to be operated under U.N. supervision.

"Both leaders agreed to support and enable the U.N.-led humanitarian relief efforts," the White House said.