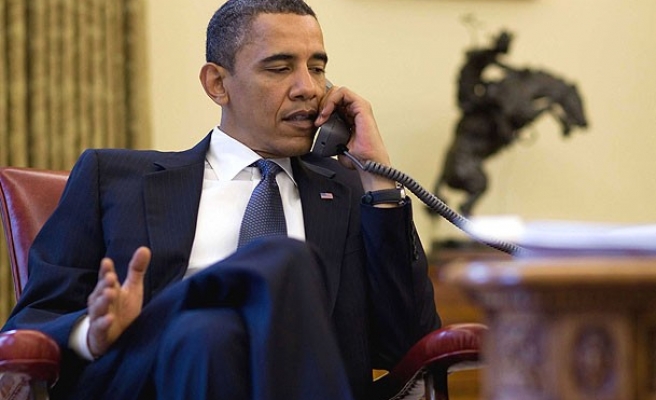 "The president and the prime minister agreed on the importance of having the new government quickly take concrete steps to address the aspirations and legitimate grievances of the Iraqi people," the White House said in a statement.

"The prime minister expressed his commitment to work with all communities in Iraq as well as regional and international partners to strengthen Iraq's capabilities to fight against this common enemy," the White House said.

U.S. Secretary of State John Kerry hailed the formation of a new government in Baghdad as "a major milestone" for Iraq.

"Overcoming the obstacle of ethnic and sectarian divides, the Iraqi parliament approved a new and inclusive government, one that has the potential to unite all of Iraq's diverse communities for a strong Iraq, a united Iraq, and to give those communities the chance to build the future that all Iraqis desire and deserve," Kerry told reporters at the State Department.

He said he would travel to the Middle East on Tuesday "to build the broadest possible coalition of partners around the globe to confront, degrade and ultimately defeat ISIL."

Abadi, a Shi'ite, included members of Iraq's Shi'ite majority and its Kurdish and Sunni minorities in his Cabinet as he begin the uphill task of unifying the country after this summer's devastating loss of territory across northern Iraq to ISIL fighters.