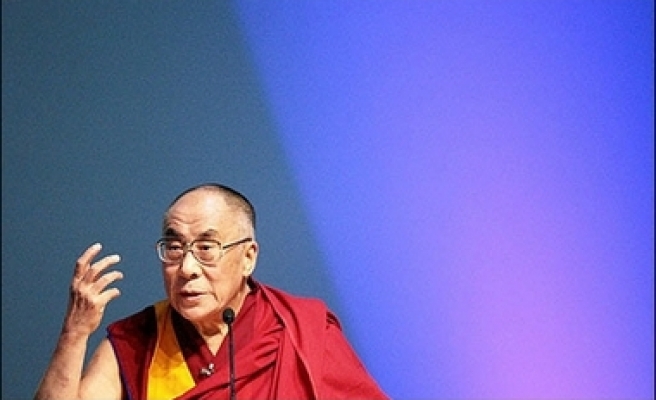 President Barack Obama held low-key talks with the Dalai Lama on Friday, prompting the Chinese government to ask why the White House ignored Beijing's warnings that the meeting with the exiled Tibetan spiritual leader would damage ties.

China calls the Dalai Lama, who fled to India after a failed uprising in 1959, a "wolf in sheep's clothing" who seeks to use violent methods to establish an independent Tibet. The Dalai Lama says he only wants genuine autonomy for Tibet and denies advocating violence.

Obama's private meeting with the Dalai Lama, a Nobel Peace Prize laureate, lasted for about an hour. Obama reaffirmed his support for Tibet's unique religious, cultural and linguistic traditions and human rights for Tibetans, the White House said.

Obama said he did not support Tibetan independence from China and the Dalai Lama said he was not seeking it, the White House said in a statement.

The White House sidestepped questions about whether it was worried about the reaction from China.

"We are committed to a constructive relationship with China in which we work together to solve regional and global problems," White House spokesman Jay Carney told a regular news briefing, noting that Obama and other U.S. presidents had previously met the Tibetan leader.

China's foreign ministry, in a statement on its website, cited vice foreign minister Zhang as saying the meeting was "a wrong move by the United States that seriously interfered in China's internal affairs and seriously violated the U.S. promise of not supporting 'Tibet independence'".

"The United States' insistence on doing so would seriously damage China-U.S. cooperation and bilateral relations, and would also harm the interests of the United States itself," Zhang said. "The United States must take concrete actions to gain the trust of the Chinese government and people."

The uproar is expected to be one of many challenges for the new U.S. ambassador in China, Max Baucus, who was sworn in to his new role on Friday by Vice President Joe Biden.

Human rights groups say China tramples on the rights of Tibetans and employs brutal methods to enforce its rule. More than 120 Tibetans have set themselves on fire since 2009 in protest against China. Most have died.

"We will continue to urge the Chinese government to resume dialogue with the Dalai Lama or his representatives without pre-conditions as a means to reduce tensions," he said.

To encourage those talks, U.S. Secretary of State John Kerry said on Friday he had named one of his officials, Sarah Sewall, as a special coordinator for Tibetan Issues.

Sewall was sworn in on Thursday as an undersecretary responsible for human rights issues, a post which traditionally has involved work on Tibet.

It was the third time Obama had met the Dalai Lama, whom the White House calls "an internationally respected religious and cultural leader." Previous meetings were in 2010 and 2011.

In what appeared to be a small concession to the Chinese, the visit was held in the White House Map Room, a historically important room but of less significance than the more prestigious Oval Office, where the president normally meets visiting leaders.

The Dalai Lama did not speak to the media after the meeting, unlike in 2011 when he spoke to reporters after meeting Obama.

"This meeting sends a powerful message of hope to Tibetans in Tibet who are undergoing immense suffering," Lobsang Sangay, leader of the Central Tibetan Administration, the Tibetan government-in-exile, said in a statement.

The meeting came at a sensitive time for Sino-U.S. relations after China's increasingly assertive behavior in the East China and South China Seas.

Obama has embarked on a strategic U.S. political and security rebalancing toward Asia, in what is seen as a reaction to the growing influence of China. As part of this strategy, he plans a week-long visit to Japan, South Korea, Malaysia and the Philippines in late April.

"The sudden meeting between Obama and the Dalai Lama at a time of complex Sino-U.S. relations will only irritate China and make the Chinese pessimistic about U.S. sincerity in developing positive relations," the paper said.

China had urged the White House to cancel the meeting with the Dalai Lama after it was announced on Thursday evening.

Previous meetings drew similar criticism from China, but did not have serious repercussions.

Jonathan Pollack, an analyst with the Brookings Institution think-tank, said it was extremely unlikely that China would takes steps such as canceling high-level meetings over the visit, given there was so much at stake in China-U.S. ties.

"Obviously the Chinese are predictably and ritualistically agitated, but their words, compared to what they have said in the past, are, if anything, a little less sharp," he said.

Diplomats in Beijing have told Reuters Obama and Chinese President Xi Jinping are expected to meet at a nuclear security summit in the Netherlands next month.

The choreography of Friday's meeting, and the Chinese reaction, followed predictable patterns, said Douglas Paal of the Carnegie Endowment for International Peace.

"They've arranged it to be held in the same fashion, roughly, that it's been held most times the Dalai Lama has come," he said. "There's no escalation."

The White House released its own photograph of the two leaders after the meeting. The Dalai Lama is scheduled to stay in the United States for a speaking tour lasting another two weeks.