Dunford, who has led the war effort in Afghanistan since February 2013, will replace General James Amos as the next commandant of the Marine Corps 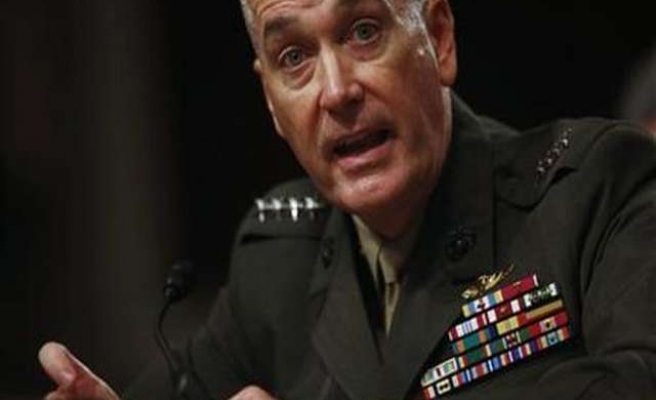 President Barack Obama has nominated the top U.S. commander in Afghanistan, General Joseph Dunford, to head the Marines, the Pentagon said on Thursday, in an expected move that will put a new leader in charge of wrapping up America's longest war.

Dunford, who has led the war effort in Afghanistan since February 2013, will replace General James Amos as the next commandant of the Marine Corps, its top uniformed position.

Pentagon spokesman Colonel Steve Warren said no decision has been made on the timing of Dunford's departure from Afghanistan, where he has focused on building Afghan security forces ahead of the end of NATO's combat mission this year.

Obama announced last week that the United States will cut its force in Afghanistan to 9,800 from the start of next year. The U.S. military will withdraw all of its forces, except for a smaller U.S. embassy presence, by the end of 2016.

"We don't have a specific timeline for when he will transition command or for who will replace" him in Afghanistan, Warren told reporters.

Amos praised the decision, calling Dunford "one of the most knowledgeable and talented leaders and thinkers in the military today."