Obama pushes for icebreakers in Arctic as U.S. seeks foothold

Obama has put forward new plans to anchor the US in the Arctic in order to keep up with Russia's fleet of icebreakers. 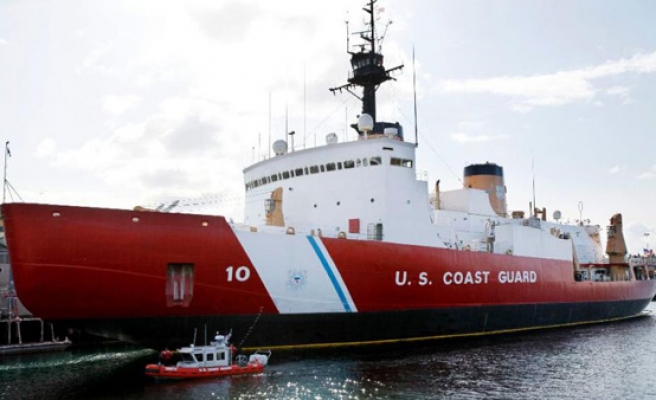 President Barack Obama on Tuesday will propose a faster timetable for buying a new heavy icebreaker for the U.S. Arctic, where quickly melting sea ice has spurred more maritime traffic, and the United States has fallen far behind Russian resources.

It's a move that has long been urged by Arctic advocates inside and outside the administration as the nation prepares for more shipping, mining and drilling in the region.

But the vessels are valued at about $1 billion each, and the U.S. Congress would need to agree to pay for the expansion.

Obama will say that the government should buy a heavy icebreaker by 2020 - a year when routine Arctic marine transit is expected - instead of the previous goal of 2022.

He also will propose to start planning for additional icebreakers. The White House said move is required for safety in the changing Arctic - and to keep up with Russia.

The U.S. Coast Guard used to have seven icebreakers, but the fleet has dwindled to three creaky vessels, only one of which is a heavy duty vessel, the White House said.

"Russia, on the other hand, has 40 icebreakers and another 11 planned or under construction," the White House said.

During the past year, Obama has taken steps to seal off parts of Alaska from new drilling, although environmental groups are howling about a recent decision to allow Royal Dutch Shell to drill off the northwest coast of the state.

Obama's administration also will update outdated maps for regions with newly open waters, and survey a transit route through the Aleutians and Bering Strait, the White House said.

Obama will spend the second day of his Alaska tour in the picturesque coastal town of Seward, named after President Abraham Lincoln’s Secretary of State William Seward, who negotiated the purchase of Alaska in 1867 from Russia.

Obama plans to hike the Exit Glacier near Seward and take a boat tour of Kenai Fjords National Park to see the impact of rising seas.

"Climate change is no longer some far-off problem. It is happening here. It is happening now," Obama said on Monday in an address urging the world to agree later this year to new targets for cutting carbon emissions.

On Monday, residents spruced up the town after a recent wind storm.

"We get to showcase our piece of paradise to the president of the United States, and that means a lot to us as it would any town," Seward Mayor Jean Bardarson said in an interview.