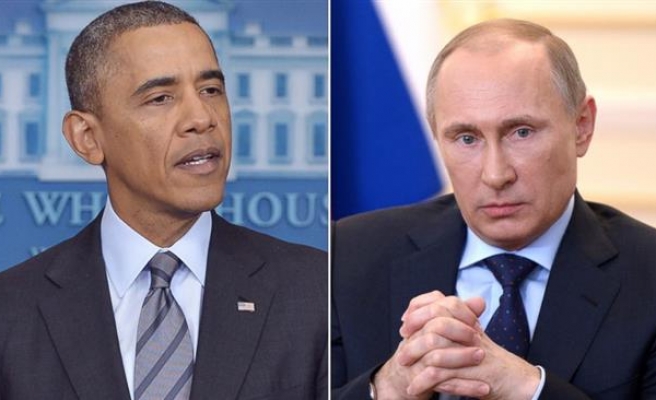 President Barack Obama and Russian President Vladimir Putin remained at odds about the role Syrian President Bashar al-Assad would play in his country’s future, according to a U.S. official.

The two leaders met following highly contentious and conflicting speeches at the UN General Assembly earlier in the day.

A senior administration official who briefed reporters about the summit, described the one-on-one meeting as a “business-like back and forth" but "productive" in general.

“This was not a situation where either one of them was seeking to score points in a meeting," the White House official said. "I think there was a shared desire to figure out a way in which we can address the situation in Syria.”

The two leaders talked for about 95 minutes.

Prior to the sit down, the two leaders had already publicized their positions on Assad.

Obama called for Assad to be replaced as a part of the political solution in Syria but Putin told delegates that Assad should remain in power and be supported in the fight against Daesh.

The highly anticipated meeting also took place amid already heightened tensions between Washington and Moscow as Russia has increased its military capacity in Syria in recent weeks.

The official said the U.S. does not prejudge Russia’s military build-up in Syria as "destructive to a positive outcome in Syria" but Washington's assessment would be based on Moscow's actions there.

“We have clarity on their objectives,” the official said. “Their objectives are to go after ISIL and to support the [Assad] government.”

But there was at least one point of agreement. According to the official, the leaders agreed their militaries should communicate in order to “de-conflict,” or avoid any military conflict as a result of miscalculation.

Regarding Ukrainian conflict, however, very little detail came out.

“With respect to Ukraine, the president reiterated our support for the sovereignty and territorial integrity of the Ukraine government,” the official said, and added that Obama noted the opportunity to implement the Minks accord in the next few months.