U.S. President Obama said he supported the right of Muslims to build a cultural center near Ground Zero but would not comment on the "wisdom" of such a move. 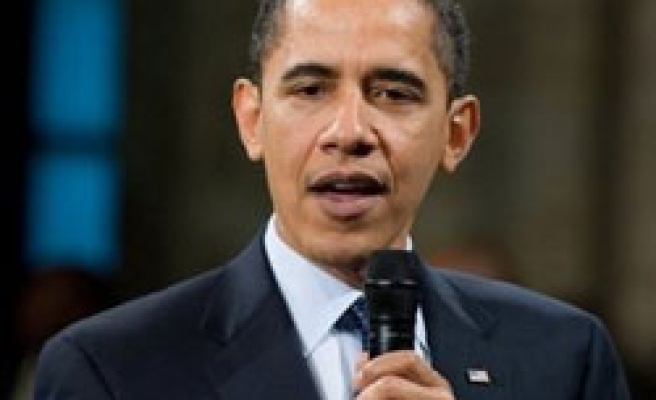 U.S. President Barack Obama said on Saturday he supported the right of Muslims to build a cultural center near the site of the Sept. 11, 2001, attacks in New York City but would not comment on the "wisdom" of such a move.

Obama's comments came after his remarks at a White House event on Friday in which he appeared to offer his backing for the construction of a center called Cordoba House near the site known as "Ground Zero" in lower Manhattan.

Obama's comments on Friday drew criticism from conservatives and others, and the president sought to clarify them during a trip to Florida on Saturday.

"I was not commenting and I will not comment on the wisdom of making a decision to put a mosque there," Obama told reporters while visiting the U.S. Gulf Coast.

"I was commenting very specifically on the right people have that dates back to our founding. That's what our country is about."

On Friday, Obama said he believed Muslims had the same right to practice their religion as anyone else in the country.

"That includes the right to build a place of worship and a community center on private property in lower Manhattan, in accordance with local laws and ordinances," he said.

Earlier this month a New York City agency cleared the way for the construction of Cordoba House, a 13-story building that would include meeting rooms, a prayer space, an auditorium and a swimming pool.

The president's remarks put him in the middle of of a divisive political debate months before November elections.

Conservative politicians such as former Republican vice presidential candidate Sarah Palin and Newt Gingrich, a Republican former speaker of the House of Representatives, also have called for the project to be scrapped.

A White House spokesman said Obama's comments on Saturday were not a departure from his remarks at the dinner.

"The president is not backing off in any way from the comments he made last night," Bill Burton told reporters in an email. "What he said last night, and reaffirmed today, is that if a church, a synagogue or a Hindu temple can be built on a site, you simply cannot deny that right to those who want to build a mosque."

"Government has no business deciding whether there should or should not be a Muslim house of worship near Ground Zero," he said.