'There's room for criticism because I had more faith in the Europeans, given Libya's proximity, being invested in the follow-up,' US president says 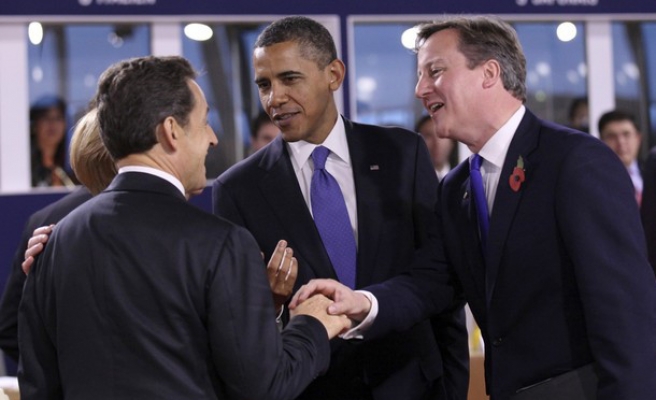 British leader David Cameron got "distracted" and French President Nicolas Sarkozy wanted to promote his country during the 2011 NATO-led military intervention in Libya, U.S. President Barack Obama said in an interview with The Atlantic Thursday.

Obama didn't shy away from rebuking two of his closest allies in the extensive magazine interview, as he discussed the conditions surrounding the British and French-led bombing campaign that led to the fall of Moamer Kadhafi's regime.

Obama said when he considers what went wrong in Libya, "there's room for criticism because I had more faith in the Europeans, given Libya's proximity, being invested in the follow-up."

Cameron stopped paying attention soon after the military operation, he said, becoming "distracted by a range of other things."

During the bombing campaign, Obama said, Sarkozy wanted to "trumpet the flights he was taking in the air campaign, despite the fact that we had wiped out all the air defenses and essentially set up the entire infrastructure" for the operation.

Since the government's collapse, Libya has descended into near-anarchy, ruled by rival militias vying for power while the ISIL group has gained influence in the country.