Obama defended his handling of the Syria crisis and dismissed criticism of his zig-zag approach to the issue as an argument about style. 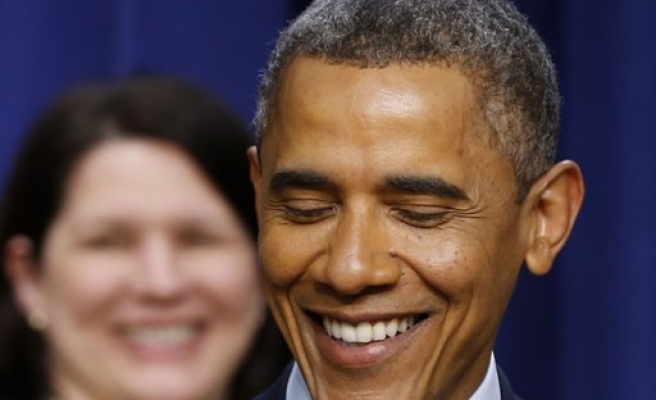 President Barack Obama rejected Russian President Vladimir Putin's claim that Syrian rebels were responsible for an Aug. 21 chemical gas attack but, in an interview broadcast on Sunday, he welcomed Putin's diplomatic role in the crisis.

Obama, in an interview on ABC's "This Week With George Stephanopolous," defended his handling of the Syria crisis and dismissed criticism of his zig-zag approach to the issue as an argument about style.

Obama also said he and new Iranian President Hassan Rouhani had exchanged letters about the situation in Syria and that the Iranians understand the U.S. concern about a potential nuclear-armed Iran "is a far larger issue" for the United States.

Obama and Putin have become unlikely allies on Syria after U.S. threats to launch a military strike against Syria over the chemical weapons attack prompted a diplomatic initiative that has led to a framework deal on Saturday aimed at gaining control of Syria's poison gas stockpiles.

Obama said he welcomed Putin's involvement as helpful and said any deal on Syria must include a verifiable way to ensure that it gives up all its chemical weapons capacity.

"I think there's a way for Mr. Putin, despite me and him having a whole lot of differences, to play an important role in that," Obama said. "And so I welcome him being involved. I welcome him saying, 'I will take responsibility for pushing my client, the Assad regime, to deal with these chemical weapons.'"

But Obama dismissed Putin's charge that it was the Syrian rebels who launched the chemical weapons attack, instead of forces loyal to Syrian President Bashar al-Assad, as Washington believes.

"Well, nobody around the world takes seriously the idea that the rebels were the perpetrators of this," Obama said.

Obama's response to the crisis in Syria has received mixed reviews from the American people. A Reuters-Ipsos poll last week found only 35 percent of Americans were satisfied with how he was handling the situation.

He also has come under criticism from some lawmakers and many analysts for a bumpy approach to the crisis by first threatening a unilateral military strike, then suddenly asking Congress to authorize it, then asking Congress to postpone the vote to give diplomacy a chance.

In the ABC interview, Obama defended his approach, saying the steps he has taken had led to a situation where Syria has acknowledged it has chemical weapons and that its key ally, Russia, is pressuring Syria to give them up.

"I think that folks here in Washington like to grade on style," Obama said. "And so had we rolled out something that was very smooth and disciplined and linear, they would have graded it well, even if it was a disastrous policy."

Obama did not reveal details of his exchange of letters with Iran's Rouhani but made clear that U.S. concerns about Iran's nuclear ambitions are paramount.

Obama said he doubted Rouhani would "suddenly make it easy" to negotiate with and said the United States would keep up the pressure for Tehran to give up a nuclear program that Iran denies is aimed at building an atomic weapon.

"My view is that if you have both a credible threat of force, combined with a rigorous diplomatic effort, that, in fact you can strike a deal," he said.