"He has consolidated power faster and more comprehensively than probably anybody since Deng Xiaoping," Obama said, referring to the man who led China from 1978 to 1992 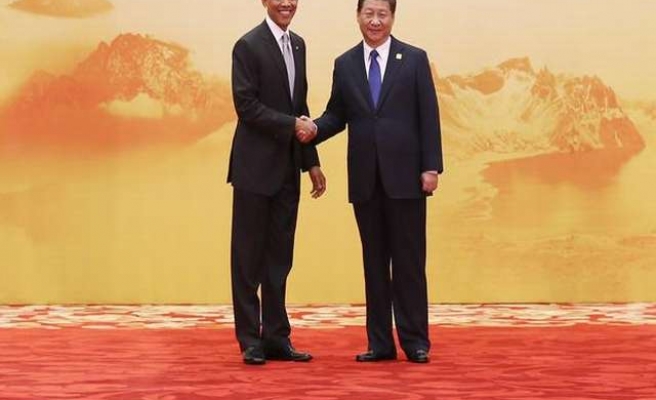 Obama, who met Xi last month in Beijing, told the Business Roundtable group of U.S. chief executives that the Chinese leader had won respect in the short time since he had taken over.

"He has consolidated power faster and more comprehensively than probably anybody since Deng Xiaoping," Obama said, referring to the man who led China from 1978 to 1992.

"And everybody's been impressed by his ... clout inside of China after only a year and a half or two years."

But Obama said there were negative sides to Xi's rise.

"There are dangers in that. On issues of human rights, on issues of clamping down on dissent. He taps into a nationalism that worries his neighbors," Obama said, noting maritime disputes in the region.

"On the other hand, I think they have a very strong interest in maintaining good relations with the United States. And my visit was a demonstration of their interest in managing this relationship effectively."

Obama said the United States wants to show China that it wants a constructive "win-win" relationship while also insisting on fixing problems such as commercial cyber theft.

"It is indisputable that they engage in it, and it is a problem. And we push them hard on it."

Obama encouraged the chief executives to speak out when they were being "strong-armed" on those issues despite risks that their businesses could be penalized in China for doing so.

The president said he was confident the United States could manage its relationship with China in a way that was productive for the world.

"It is only natural that we have different points of view on certain issues, but our common interests outweigh our differences," she told a briefing in Beijing.

Obama was less optimistic about Russia and President Vladimir Putin. The Russian leader, whose country is suffering from Western sanctions over its annexation of Crimea, was caught off guard by the situation in Ukraine.

"He has been improvising himself into a nationalist, backward-looking approach to Russian policy that is scaring the heck out of his neighbors and is badly damaging his economy," Obama said.

"The challenge is this is working for him politically inside of Russia, even though it is isolating Russia completely internationally."