President Barack Obama said Sunday he isn't worried about a recent poll showing that nearly one-fifth of Americans believe he is a Muslim. 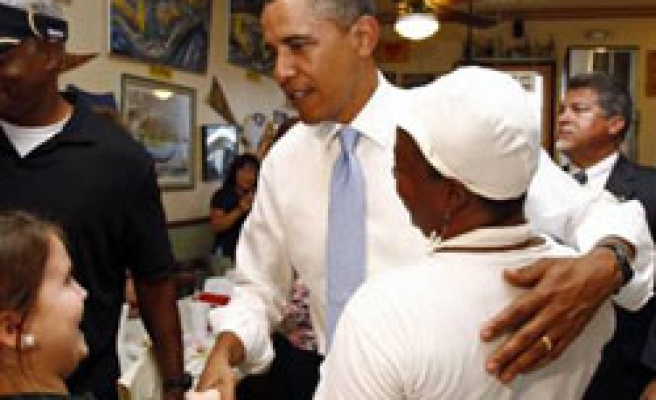 President Barack Obama said Sunday he isn't worried about a recent poll showing that nearly one-fifth of Americans believe he is a Muslim. "The facts are the facts," said Obama, who is a Christian.

In an interview broadcast on "NBC Nightly News," the president blamed the confusion over his religious beliefs on "a network of misinformation that in a new media era can get churned out there constantly."

"It's not something that I can, I think, spend all my time worrying about it," Obama said in an interview with NBC News, dismissing the results of a recent Pew Research Center.

"I'm not going to be worrying too much about whatever rumors are floating out there. If I spend all my time chasing after that, then I wouldn't get much done."

In addition, only about one third of Americans surveyed correctly describe Obama as a Christian, a sharp decrease from the 48 percent who said he was a Christian in 2009.

"There is, a mechanism, a network of misinformation that in a new media era can get churned out there constantly," Obama said.

He said that he dealt with it during his presidential race, and earlier when he campaigned for the U.S. Senate. Obama said he won in Illinois because he trusted the American people's capacity to get beyond the nonsense.

In the NBC interview, Obama repeated that religious freedom is a "core value" of the U.S. Constitution and that it was his job to uphold the Constitution.

"That's something that I feel very strongly about. I respect the feelings on the other side. And I would defend their right to express them just as fiercely," Obama said.

Asked about persistent accusations that he wasn't born in the United States, the president responded, "I can't spend all my time with my birth certificate plastered on my forehead."

He also said he understood the public concerns expressed in Washington on Saturday at a rally led by Fox TV host Glenn Beck.

"Given all those anxieties, and given the fact that ... in none of these situations are you going to fix things overnight," Obama said, referring to the weak U.S. economy and other problems. "It's not surprising that somebody like a Mr. Beck is able to stir up a certain portion of the country."