The White House said that Obama was sending three top officials to the Middle East "in the near-term to build a stronger regional partnership" against ISIL militants. 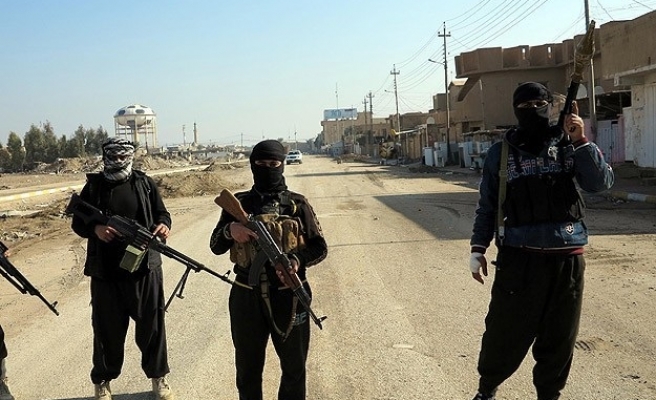 The United States plans to fight ISIL until it is no longer a force in the Middle East and will seek justice for the killing of American journalist Steven Sotloff, President Barack Obama said on Wednesday.

He added destroying the militant group will take time because of the power vacuum in Syria, the abundance of battle hardened fighters that grew out of al-Qaeda in the Iraqi war, and the need to build coalitions, including with local Sunni communities.

ISIL released a video on Tuesday showing the beheading of the U.S. journalist, the second American hostage to be killed within weeks, in retaliation for U.S. air strikes in Iraq.

"The bottom line is this, our objective is clear and that is to degrade and destroy (ISIL) so that it's no longer a threat not just to Iraq but also the region and to the United States," Obama told a news conference.

"Whatever these murderers think they will achieve with killing innocent Americans like Steven, they have already failed," Obama said. "They failed because, like people around the world, Americans are repulsed by their barbarism. We will not be intimidated."

U.S and British officials both examined the video, showing the same British-accented executioner who appeared in an Aug. 19 video of the killing of U.S. journalist James Foley, concluding it was authentic.

The United States resumed air strikes in Iraq in August for the first time since the pullout of U.S. troops in 2011 and Obama said the strikes are already proving effective.

"Those that make the mistake of harming Americans will learn that we will not forget and that our reach is long and that justice will be served," he said.

"This is not going to be a one-week or one-month or six month proposition because of what's happened in the vacuum of Syria, as well as the battle hardened elements of (ISIL) that grew out of Al Qaeda in Iraq during the course of the Iraq war ... it's going to take time for us to be able to roll them back."