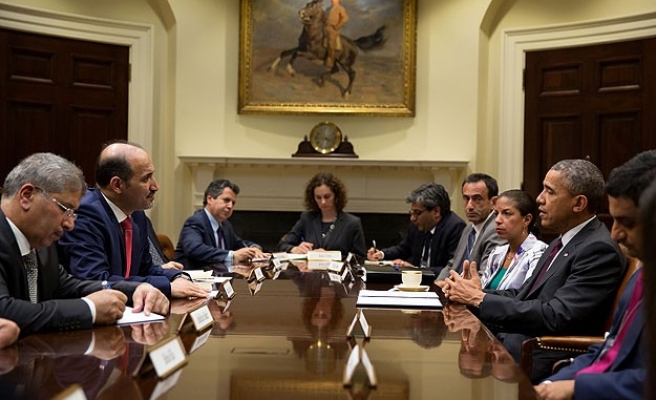 President Barack Obama wants his advisers to review the administration's Syria policy after determining it may not be possible to defeat ISIL militants without removing Syrian President Bashar al-Assad, CNN reported on Wednesday.

Citing senior U.S. officials, the network said Obama's national security team held four meetings in the past week that were driven by how the administration's Syria strategy fit into its campaign against ISIL, which has seized large parts of Syria and Iraq.

"The president has asked us to look again at how this fits together," CNN quoted one senior official as saying. "The long-running Syria problem is now compounded by the reality that to genuinely defeat ISIL, we need not only a defeat in Iraq but a defeat in Syria." ISIL is another acronym for ISIL.

A White House National Security Council official told Reuters: "The strategy with respect to Syria has not changed."

The official said Obama's national security team "meets frequently to determine how best to carry out the strategy he set forth to counter ISIL in Iraq and Syria through several military and non-military lines of effort."

"While the immediate focus remains to drive ISIL out of Iraq, we and coalition partners will continue to strike at ISIL in Syria to deny them safe haven and to disrupt their ability to project power," the official added.

Noting that Obama had made clear Assad had lost his legitimacy, the official said: "Alongside our efforts to isolate and sanction the Assad regime, we are working with our allies to strengthen the moderate opposition."