Obama sees 'plenty of reasons for skepticism' in Syria deal

'History would judge us harshly' if US didn’t attempt diplomatic solution, Obama says 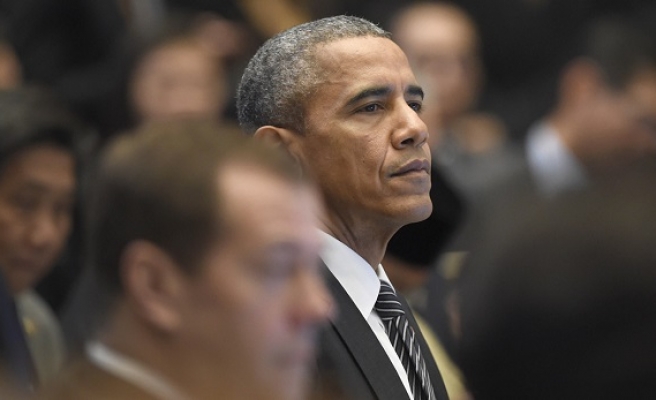 Just hours before a perilous deal goes into effect in Syria, President Barack Obama acknowledged Thursday that there are ‘plenty of reasons for skepticism.”

“We’re all aware of the many pitfalls,” he said after a rare meeting with his national security advisors at the State Department, “but history would judge us harshly if we did not do our part in at least trying to end this terrible conflict with diplomacy.”

His comments come as the deadline approaches for Syria’s warring parties to declare whether or not they will participate in the cessation of hostilities by noon Damascus time (1000 GMT).

It would then go into effect 12 hours later. The agreement does not include al-Qaeda’s Syria affiliate, the Nusra Front, or ISIL.

The agreement to halt the violence will be a “test” to see if Syria’s parties are committed to negotiations over a political transition that could end the five-year war, he said.

“It’s clear that after years of his barbaric war against his own people -- including torture, and barrel bombs, and sieges, and starvation -- many Syrians will never stop fighting until [Bashar] Assad is out of power,” he said.

“There’s no alternative to a managed transition away from Assad.” Obama said that the fight against ISIL remains “difficult” but the U.S. will continue to pursue extremists “on all fronts”.

In fact, ISIL has not been able to conduct a single successful offensive in Iraq or Syria where it controls large amounts of territory since last summer, Obama said.

“We continue to go after ISIL leaders and commanders -- taking them out, day in, day out, one after another after another,” he said. But beyond the kinetic action on the battlefield, Obama said the U.S. would have to defeat the group’s ideology, “which radicalizes, recruits, and inspires people to violence”.

That battle is slowly being won, he said. “More people are realizing that ISIL is not a caliphate, it’s a crime ring,” said Obama.

And more coalition countries have ramped up their military contributions to the anti-ISIL campaign over the past two months, he added.