The president cited the budget, immigration, and implementation of his signature healthcare legislation as concerns he is turning to. 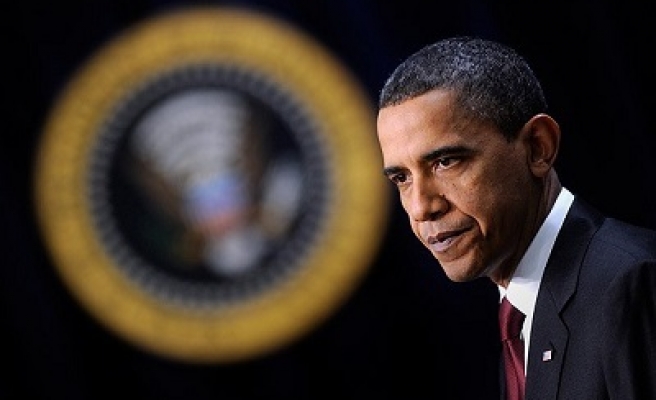 President Barack Obama said on Thursday he is shifting his focus to domestic priorities from a tense period during which he sought congressional approval to use military force against Syria for its suspected use of chemical weapons.

"Even as we have been spending a lot of time on the Syria issue and making sure that international attention is focused on the horrible tragedy that occurred there, it is still important to recognize that we've got a lot more stuff to do here in this government," the president said before a meeting with his Cabinet at the White House.

The president said he hopes meetings between Secretary of State John Kerry and Russian Foreign Minister Sergei Lavrov will result in action to eliminate Syria's ability to use chemical weapons again.

Obama has asked Congress to authorize military strikes against Syria in response to what the United States says was a chemical weapons attack by the government that killed more than 1,400 people on Aug. 21. The issue is on hold pending diplomatic efforts to disarm Syria of chemical weapons.

"I am hopeful that the discussions that Secretary Kerry had with Foreign Minister Lavrov as well as some of the other players in this can yield a concrete result," Obama said.

Secretary of State John Kerry and Russian Foreign Minister Sergei Lavrov were to hold talks on Syria in Geneva.

The president cited the budget, immigration, and implementation of his signature healthcare legislation as concerns he is turning to.

The administration faces daunting obstacles on all three fronts and a ticking clock on the budget in particular. Congressional Republicans have sought to eliminate funding for the health law, known as Obamacare, and want the president to agree to spending cuts in exchange for raising the nation's debt limit.

Lawmakers must pass legislation to continue funding for government operations by the end of the month or force a government shutdown. Failure to raise the nation's debt limit after a date expected in mid-October would trigger a debt default.

The administration is also scrambling to make sure Americans lacking health coverage sign up for insurance under the new law starting Oct. 1.

"We're going to focus on some specific issues including managing some of the budget debates that are going to take place over the next several weeks," Obama said. "We're going to be talking about the rollout of the Affordable Care Act."