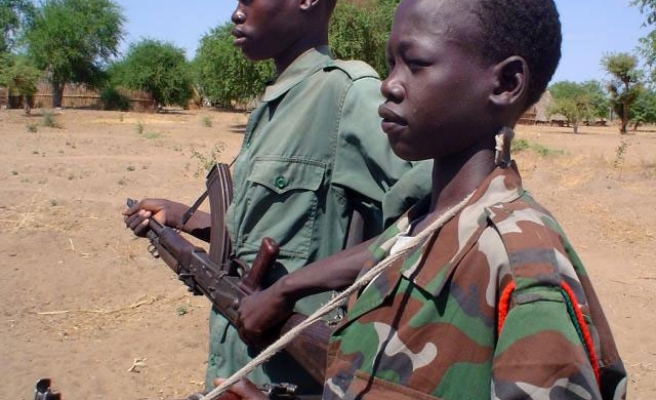 Sarah Lazare from Common Dreaams, a popular website, has reported that President Obama signed a bill on Monday that overrules a law preventing military aid to countries that employ child soldiers.

The U.S. government is prohibited by the Child Soldiers Prevention Act of 2008 from providing military assistance to countries that directly use, or support the use of, child soldiers. However, the law also provides the government an option that enables the U.S. president to overrule the ban if he/she deems it necessary.

On October 1, President Obama issued complete waivers to Yemen, Chad, and South Sudan that made those countries eligible for U.S. military aid even though they are known for their use of child soldiers. He declared in a written memorandum that it is "in the national interest of the United States" to override the ban.

Furthermore, Obama granted partial waivers to the Democratic Republic of the Congo and Somalia. These waivers allow these countries to receive “International Military Education and Training” and ”nonlethal defense.'' It also allows the U.S. government to provide Somalia assistance under the Peacekeeping Operations authority for logistical support and troop stipends. Sarah Lazare quoted Think Progress writer Hayes Brown who wrote that these waivers open the door for military aid for ongoing "peacekeeping" operations in both these countries.

Some commentators are saying that Obama is becoming an expert at waiving human rights laws that restricts the US government`s ability to help other governments with controversial practices. As seen in the case of Egypt, Obama has refused to call the coup by the armed forces a coup in order to not to act in a way forbidden by the law that bans aid to a country where there has been a military coup.  Critical of the practices of the U.S. government, these commentators claim that human rights are only taken into consideration as long as they do not conflict with US national interest as understood by the president.

At the same time, the U.S. government is under constant criticism for recruiting hundreds of thousands of teenagers, including 17-year-olds who can enlist with parental consent.